In Dying Light 2: Stay Human, you will find infrastructure that can be captured. Once you’ve done that, you can decide whether they belong to the Survivors or the Peacekeepers. Each faction comes with a specific reward, making exploration or fighting in the City more convenient. Here is our guide to help you figure out the object definition between Survivors and Peacekeepers.

Assigning objects to Survivors or Peacekeepers in Dying Light 2 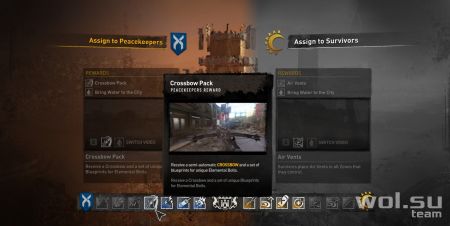 To be honest, I would like to say that this guide is somewhat incomplete. So, we have already cleared all districts in Dying Light 2 and assigned them to factions. The problem is that there is something “weird” about the mechanics. According to the hint, the more objects assigned to a faction, the more improvements they can make in the areas of the City they control (i.e. gradual increase in rank). However, after checking, it turned out that I received rewards from both factions (or that the other faction continued to increase the rating even if I did not choose it).

Note 1: I want to note that the developers answered us on a completely different question. But in regards to objects and city alignment in Dying Light 2, we’ve been told that players can get a different set of side quests depending on the chosen faction.

Note 2: The first object that is assigned is the Horseshoe water tower in the main quest called The Water Tower. This fragment serves as a tutorial on this mechanic. After that, you will assign power stations to “A Place I’ll Call Home” and “Broadcast”. The rest can be found in free roam.

Rewards from the Survivors and Peacekeepers factions

Let’s discuss the levels of rewards you can get if you assign multiple objects to the Survivors or Peacekeepers factions in Dying Light 2. I will also talk about whether they helped me in the long run or not. 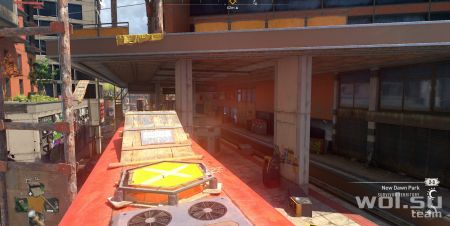 Assigned Rank/Objects Reward/Upgrade Effect Notes 1 Ziplines More ziplines are placed in Survivor controlled areas. By default, there are already a lot of them. 2 Airbags More airbags are located in these areas. They appear as yellow circles on the ground, ramps, or vehicles. You can run up to them and press the spacebar to jump high. There aren’t many of them, but you won’t need them often once you get more parkour skills and Nightrunner tools like the grappling hook and paraglider. 3 Landing Bags These are yellow cylindrical objects on rooftops. If you jump on them, they will break your fall when you fall. They won’t be as important in the long run either. You can either use a paraglider when you fall, or make a safe landing (provided you’re not too high). 4 Survivor Revival If you die in a Survivor-controlled area, there will be an option to allow an NPC to help you get back on your feet. This provides minimal assistance as there are many safe zones in each region. 5 Air Vents Added more air vents in Survivor controlled areas to increase the Paraglider’s maneuverability. There are already quite a few of them. Also, by the time you have fully upgraded your glider, you probably won’t have to look for vent boosters as often. 6 Upgraded airbags Airbags allow you to jump higher than before. Absolutely not necessary. 7 Two Way Ziplines There are ziplines that you can climb up. This is the one that seems the most unique of all, given that all ziplines just let you travel downhill. This upgrade might save you some time, but then again, a paraglider is always there. Moreover, this is the last update in the set, so it will take some time before you can use it.

It seems to me that I made a mistake by assigning a couple of objects to the Survivors. I sincerely believed that they would greatly improve exploration and progression. Unfortunately, I soon realized that some of the early improvements were already plentiful in the City (by default). By the time I unlocked Rebirth of the Survivor, I was completely disappointed. Since this was the moment when I marked safe zones and places of interest for my guidebooks, I was just reborn as normal. Finally, with a fully upgraded paraglider, exploration tasks become so trivial that you won’t need any of these benefits. 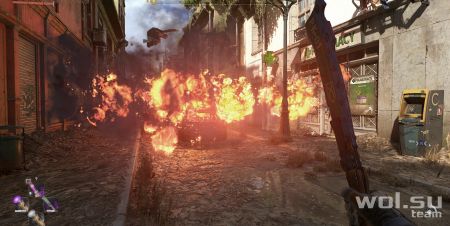 Assigned Rank/Objects Reward/Upgrade Effect Notes 1 Car Traps Car traps lure the infected before exploding. You will receive a button hint when you are near some cars that can explode. They can often be found next to military convoys and evacuation columns, allowing you to clear some of these areas. 2 Ram Guns Ram guns will be installed in some places on the map, which will allow you to mow down the horde. They are pretty fun to use… if you can find them while being chased at night. 3 Electric Traps They electrocute enemies that pass through the area. As above, I had a hard time finding them when I really needed them. 4 Crossbow Set Gives you a PK semi-automatic crossbow, as well as all bolt recipes. This is the main reason why you should choose Peacekeepers in Dying Light 2. Given that the only other ranged weapon is the bow, it shoots faster and can take down targets with ease. Just ask those unfortunate revenants in the GRE anomaly zones. 5 Molotov Lanterns They can be hit by projectiles, causing them to set fire to a large area. Again, it would be helpful to find them when you need them most. 6 Pendulum Traps Giant structures with spikes will crush the crowd of enemies. Same as above. 7 UV Traps These can damage/stun the infected and also boost your immunity. It’s great to be followed at night.

To be honest, at the very beginning I was on the side of the Survivors. But, to my surprise, I noticed that at the same time I had some peacekeepers unlocked. In any case, I would suggest focusing on the Peacekeepers until you get the crossbow. Since there are no weapons in Dying Light 2, a highly coveted city leveling reward is the crossbow. As for other traps, they, of course, will help you in difficult times. But if you are not in a place where they are, or if you did not notice them there, then they are meaningless. It’s a good idea to scout the area so you know what traps are around every corner. Then, when you’re ready, you can start the Night Chase to get extra experience and infected loot.

So, we are done with the definition of city objects and faction rewards in Dying Light 2. Let’s discuss the locations themselves in the next part of our guide.