In Elden Ring, the White Mask is part of the Military Surgeon Set and is a lightweight helmet that strikes a good balance between physical and magical protection. The white mask protects the player’s head by applying various protective properties and also changes appearance when equipped. Some armor pieces may be available for both genders, but may differ slightly between male and female characters.

Where to find the White Mask 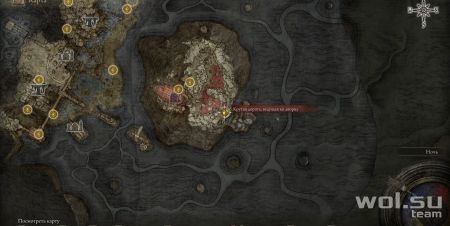 To get the White Mask, you need to defeat the invader known as the Nameless White Mask. To get to his location, you will need to travel to the infamous Mogwin Palace, which is notoriously difficult to get to.

Once you’re in the Mogwin Palace, jump to the west where you’ll see a giant raven and move past it or defeat it to advance.

If you haven’t reached this Place of Grace yet, quickly get to the entrance to the mausoleum of the dynasty and follow the wall to the right. This way you can easily avoid enemies.

Once you pass, reach the place shown in the picture below, where the Nameless White Mask will appear and invade you.

Make sure you are in the exact location shown in the picture above, as there are three Unnamed White Masks that can invade you, and the other two don’t give any items. 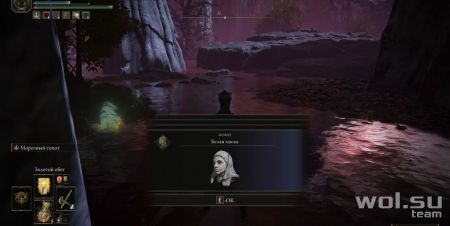 The Nameless White Mask is a pretty tough opponent if you’re underdeveloped. For this region as a whole, a minimum level of 90 is recommended so that you can defeat enemies without hitting your head on the table due to rage-inducing health bars.

His attacks cause heavy bleeding, so try to keep your distance and constantly dodge his attacks. Another important fact: his health is around the 4000 mark, so if you think this is easy, go ahead and finish him off.

When he is defeated, he will drop the White Mask helmet you have been looking for and the War Surgeon armor set. If you are going for light weight, these items will be very helpful.

If you’re wondering if it’s all worth it, this amazing helmet will give you a 10% attack power buff after you bleed an enemy. It’s very powerful for a bleed helmet that does it after two or three hits, so if that’s what you’re looking for, this helmet is sure to be one of your favorites!