While exploring the Altus Plateau in Elden Ring, players will stumble upon a location known as the Mirage Tower near the Second Temple of Marika. On the in-game map, this location looks like a tower, although initially fans will not find any structure at this location. Instead, players will encounter a tome that instructs them to touch three ghost crests, and this guide details their location and how to access the Mirage Tower in Elden Ring.

Where to find the three phantom emblems of the Mirage Tower 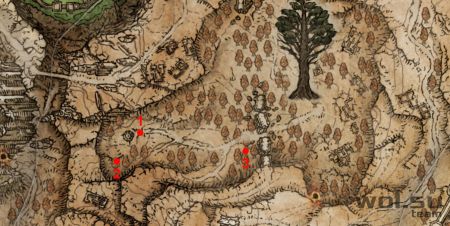 As stated in the Mirage Tower tome, there are three phantom emblems, and the first one is located directly next to the tome. From here, players should summon the Flux and head southwest. After a short distance, you should come across a second phantom emblem, and they should be ready to fight some ghostly imps.

While the first two Phantom Emblems are fairly easy to find, the latter is not. To find it, players must head east, stopping between the Tower of Bounty and the Place of Grace. These Places of Grace are southwest of the Lesser Tree of Erd on the Altus Plateau, and players are looking for a large boulder at the location marked on the next map.

Upon finding this boulder, which glows distinctly at night, players must hit it with any attack to reveal the third and final Phantom Emblem. You just need to interact with the phantom emblem once it appears to complete the puzzle and unlock the Mirage Tower. Now it remains only to return to the tower, climb it and collect the rewards at the top, of which there are three.

The rewards you get for solving the Mirage Tower puzzle is a chest that contains the Invisible Blade and Invisible Form magic. The first of these sorcery spells makes the right weapon completely invisible, and the second partially. There is a corpse next to the chest that contains a Sleeping Egg that can be used in crafting.