In total, 20 shells can be collected on the Golden Apple Archipelago in Genshin Impact 2.8. Travelers will need 16 of them to get the new Fischl costume, but only 14 are available on the first day of the event. In this article, we’ll show you where players can find the first 14.

The remaining six will be unlocked later, so players don’t have to worry about getting all 20 on the first day. Collecting 14 Shells will net players 240 Source Stones and other minor loot, so it’s worth picking up everything available today.

Note: Shells appear on the minimap when you are nearby.

All 14 shells in the Golden Apple Archipelago 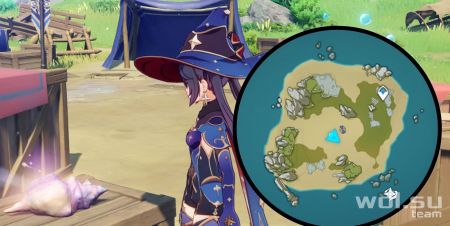 Travelers can find the first one on the central island of the Golden Apple Archipelago. It is located near the middle of the island, on a random box, as shown in the image above. Remember that each conch needs to be interacted with, so don’t just look at it. Once you interact with a conch, its marker on the minimap will disappear. 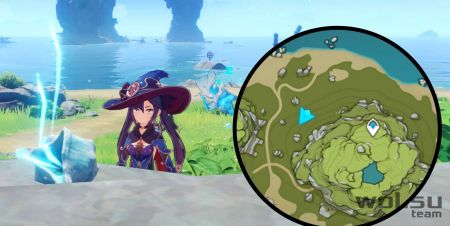 There are four shells to collect on the Broken Isle. To start, teleport to the central teleportation point on this island and head northwest to the location shown above. 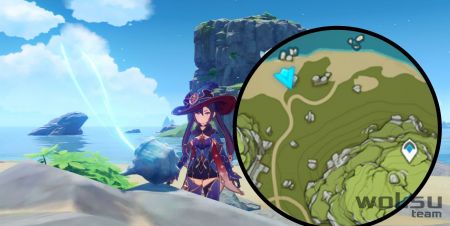 If you look at the map, you will notice that there is another one to the northwest of the previous location. Go there and interact with him. 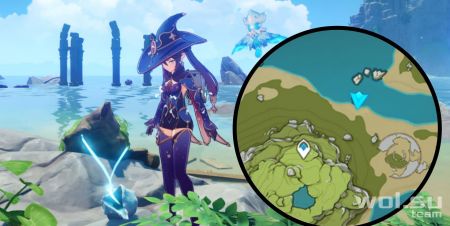 Teleport back to the Broken Isle’s central teleport point and head northeast. You will find this item on another rock. Get ready to head northeast to get the last shell on this part of the Golden Apple Archipelago. 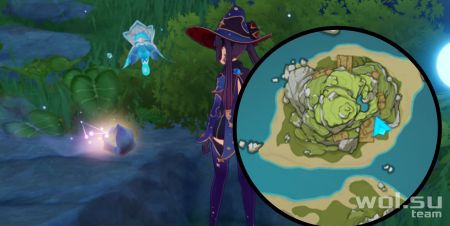 It will be under the wooden stairs in this location. There will also be a yellow glow with a silver pocket watch if you haven’t collected one yet. 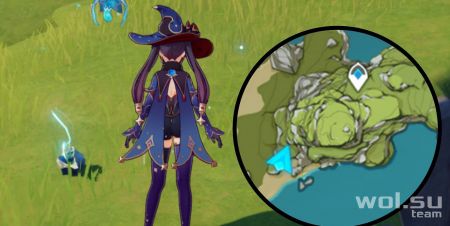 Teleport to the northern teleportation point on Steamy Island. You should notice two ledges here on the map, but go to the west one first, as it’s at ground level and doesn’t require climbing.

From here, you can climb up to get to the next location. 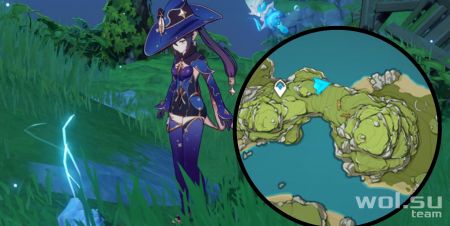 You should be aware that the next area is relatively high up on the cliffs. After some climbing, make your way near the Broken Tree on the north side of this cliff. The last shell location on Steamy Island is on a completely different island, so after talking to this conch, teleport to the southern teleportation point. 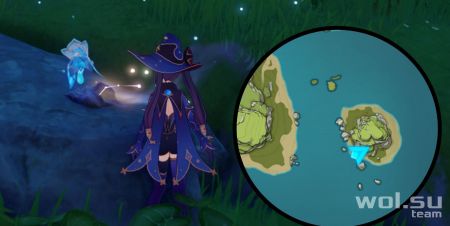 After using the southern teleportation point on Steamy Island, head east. Eventually a shell icon will appear, so keep heading east. Fortunately, there is no need to climb here. Now move on to the next point of the Golden Apple Archipelago, shown below. 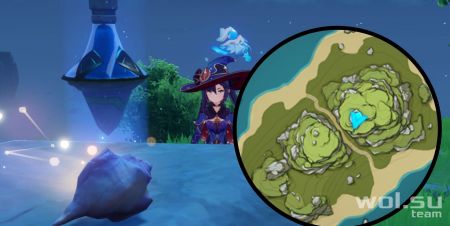 The east teleport point on Pudding Island is a foot away from this sink. You won’t be able to miss it. 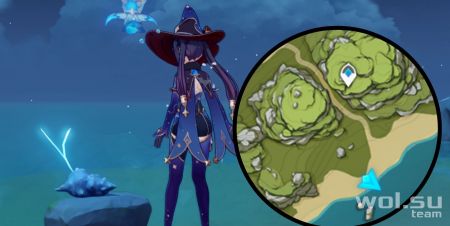 This location will allow you to half-complete the Dreamy Visions event. To get here, just head south from the previous location. Between these two zones is Lavachurl with a stone shield, but you can easily avoid it. 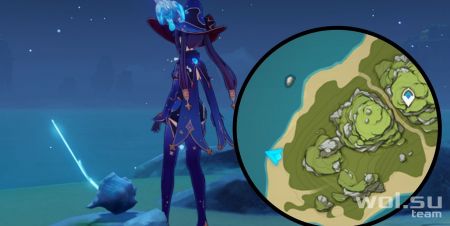 There are a few Hilichurls near the next area, but they are easy to deal with. To get here, just go west from the previous location. 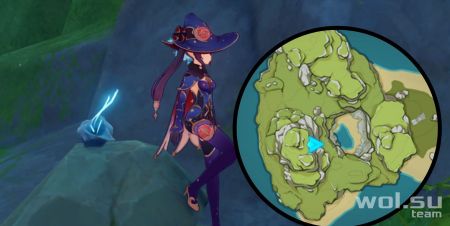 The three remaining shells are not far from each other. Unfortunately, there is not a single teleportation point in the Golden Apple Archipelago that is too close to them. You can use the teleportation point on Dangerous Island and head west. The first of them will be located on the ground, and for the other two you will have to climb a little. 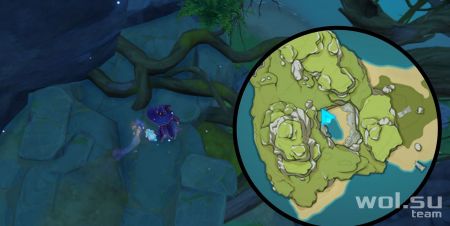 It’s a long climb, but players will finally get to this zone. Just be careful, as strange collisions occur in some places during the ascent. 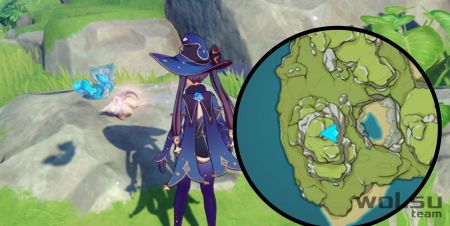 This is the shell that players will add to their inventory after collecting. To get it, just climb up a bit from the previous spot, which shouldn’t be too hard given the short distance. Genshin Impact players should now have 14/20.

The remaining six shells will spawn in the Golden Apple Archipelago as Genshin Impact 2.8 progresses.