In Genshin Impact, Varunada’s Lapis Lazuli is an elemental gem used to exalt Hydro characters. Regardless of their weapon, region of residence, or rarity, all Hydro characters require this special gem. Luckily, there are several ways to find it, although some are more reliable than others.

Which characters use Varunada’s Lapis Lazuli 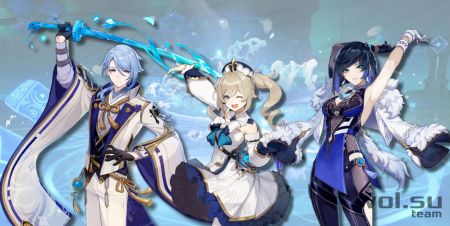 Hydro characters are not as numerous as some of the other elements – there are currently only seven of them. Like every other character in the game, they will level up at the same character levels and need the same quality of Lapis Lazuli Varunada.

The seven playable characters with Hydrovision are as follows: 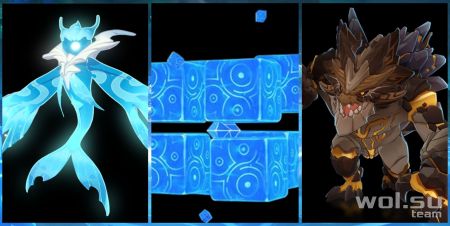 There are currently only three bosses that can drop Varunada’s Lapis Lazuli. After defeating these bosses, players can pay 40 Elemental Resin to receive a reward, which can include various levels of Lapis Lazuli Varunad, depending on the level of the boss.

The higher the level of the boss, the better the gems drop, as shown here:

Note: *It’s important to note that the Ancient Geovishap only drops elemental gems that match its infused element (with the exception of Prithiva’s Topaz, which it can always drop).

This means that when defeating the Ancient Geovishap, you need to infuse Hydro into it, so that Varunada Lapis Lazuli is among the possible rewards. 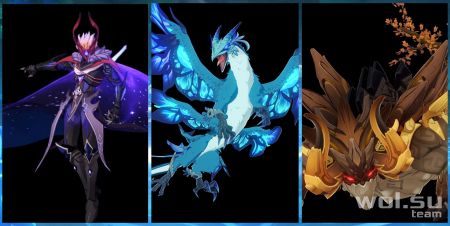 Of course, Original Resin is also required to receive their rewards. In addition, the higher the level of the trounce domain, the better the gems drop:

Note: *Similar to the Ancient Geovishap, Azhdha must infuse the appropriate element to get the gem of that element (except Prithiva’s Topaz, which is always possible). To drop Varunada’s Lapis Lazuli, he will need to infuse Hydro as one of two elements per fight.

Azhdaha’s items change weekly, and every week they can be seen on the door to his domain in front of the entrance.

Other Ways to Get Lapis Lazuli Varunada in Genshin Impact 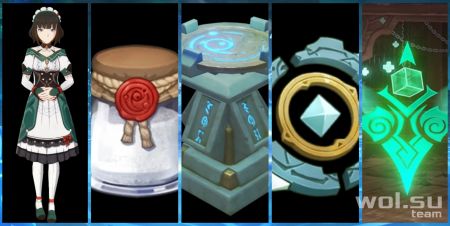 There are several methods for finding Varunada’s Lapis Lazuli that are not as convenient to work with and not as beneficial in terms of the number of gems obtained.

Each day, players can receive four quests from the Adventurer’s Guild. After completing all four, they can go to Katherine in the Adventurers Guild (any branch) and receive a bonus set of rewards, which may include Elemental Gem Shards.

Gems of which element will be rewarded is a random choice, but it could be Varunada’s Lapis Lazuli.

Gems of each element can be created from gems of a higher quality. This allows players to significantly increase the quality of their gems, although it takes three gems of the same quality to get one higher quality gem, as shown here:

This will require a craft shop, which can be found in various locations, including the main city of each region.

Craft shops can also be used for transformation – turning one item into another. Elemental gems can be turned into gems of another element using Nitrogen Dust, which can be purchased from Paimon’s shop. For 10 jars of this dust, you need to pay 5 star dust.

In Mondstadt and Li Yue Harbor, the player can find souvenir shops. These souvenir shops sell a limited number of elemental gems and only accept seals as payment.

Marjorie has six Shards of each Elemental Gem for 10 Anemo Seals each.

Xinxi sells Elemental Gem Shards for 10 Seals each, although Geo Seals are accepted this time. In addition, she has 12 elemental shards in stock.

Once the player purchases a supply of Shards from each store, they will not replenish, meaning this is a limited opportunity.

The parametric transducer is a strange device that can transform materials into other items, including elemental gems. By introducing certain materials, “sets” of items can be created, including a “set” of one elemental Sliver or a “set” of two elemental Fragments. Which element will be obtained is random, so this is not the most reliable way to get Varunada’s Lapis Lazuli or any other gem. However, it is possible to obtain multiple “packs” of the same type, i.e. a player can receive multiple kits or Shards.

Certain materials introduced as fuel increase the chance of obtaining various items, but there is no direct guarantee. The following types of “fuels” have been found to be more likely to yield elemental gems:

The last way to find elemental gems is by participating in time-limited events. Most events have a reward store or direct rewards for completing certain tasks within a certain period of time.