The Gonks are small droids that are usually harmless, but there is one on Exegol who recruits other Gonks to the dark side in LEGO Star Wars: The Skywalker Saga. There are three recruitable droids throughout the galaxy to become Knights of Gonk, and completing this side quest will unlock Gonkatin, the evil Gonk, as a playable character in LEGO Star Wars: The Skywalker Saga. Players will also receive a Cyber ​​Brick for completing the mission.

At the Sith Citadel on Exegol, players can drop down to the platform and head towards the area with the clone maker in the center. The stairs to the right behind the clone maker will lead to a small room where Goncathin can be found. The Dark Side character in LEGO Star Wars: The Skywalker Saga can talk to the droid to start the quest. Gonkatin will explain that he is looking for like-minded Gonks to commit atrocities, and will ask the players to help recruit droids. After accepting the quest, players will need to track down the three Races across the galaxy.

Where to find and how to recruit Race Droid 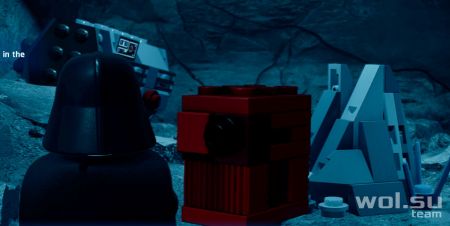 The first Gonk is located on Jakku in the Niima Outpost area. Each Gonk will have a search area to narrow down the search, but players will still have to find the droid. At the southern end of Niima Outpost, players should see a blue Gonk chasing someone. To stop Race, you need to deplete his health. When the race stops, players will be able to talk to him and recruit him to Knight Race on Exegol.

The second Gonk can be found on Tatooine in Mos Espa, at the far end of the search area on the eastern edge. There is a disgruntled owner, Gonk, who will explain that a droid from LEGO Star Wars: The Skywalker Saga is electrifying his warehouse door. Any character with Force abilities can pull Gonk from the nest and then talk to the droid to recruit him into the Knights of Gonk. Players will then need to travel to Canto Bight on Cantonica to find the last Race.

After landing, players can head to the northern part of the search area marked on the map. The owner of Gonk can be spoken to on the ground, but the droid is on the bridge above him. The Force user can stack nearby crates to get to the bridge and talk to the third Gonk. When the last Gonk is found, a prompt will appear that will take the players back to Gonkatin on Exegol. After talking with Gonkatin, the side quest “Knights of the Race” will be completed. As a reward, you will receive a Cyber ​​Brick and Goncatine will be unlocked as a playable character in LEGO Star Wars: The Skywalker Saga.