There are several quests in Tower of Fantasy that require players to collect a certain number of Portunids. While these items aren’t particularly difficult to obtain, some fans might get confused as to exactly where to find them. This guide aims to alleviate this confusion and provides details on several locations where players can find the Portunids in Tower of Fantasy.

Where to find crabs (Portunids) on the beach

A little clarification: Portunids can be obtained by killing certain types of creatures in the Tower of Fantasy. This distinguishes this item from those that are collected directly from the ground, and crabs are the creatures that players must find. Indeed, these crustaceans drop as Portunids when killed and can be seen running across the sand of several beaches, some of which are marked on the map below.

For those players who are doing the Taste of the Sea quest for Jupiter, the best place to look for Portunid crabs is the beach located to the north of it. Alternatively, fans can sail east and check out the beach on the south coast of the island with the Mega Arena, where crabs can also be found. And for those players who are trying to complete the Gourmet quest in the Tower of Fantasy, crabs will appear on the beach where Patty, the quest performer, is standing. 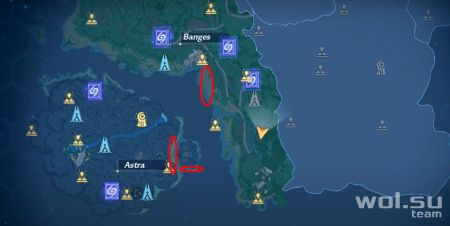 It should be noted that quests are not the only reason Tower of Fantasy players hunt Portunids, as these items are also used in cooking. More specifically, by combining two Portunides with two lettuces, you can cook steam crab, a dish that restores satiety and health. For the uninitiated, you can cook in any of the robots that appear as pots on the in-game map, and each dish has a quality level corresponding to its power.

As for the place of the steamed crab in this food hierarchy, it has a blue quality level. This is just below the highest quality items, which are marked in purple, suggesting that steamed crab is a solid fan favorite. However, players who want to feed their Tower of Fantasy characters only the best food in the game should turn their attention to meats such as Fat Cuts, Prime Cuts, and Lake Bass.