To upgrade Ice Elemental Weapons in Tower of Fantasy, you will need a base crafting material known as Ice Core. Elemental Shards, such as Ice Cores, have varying levels of upgrade, with the Icebreaker itself being the simplest. For example, if you connect four Ice Cores together, you get the Heart of Winter, a higher-level resource that can be used to upgrade higher-level equipment. Accordingly, the search for and obtaining Ice Cores will also be relevant for those who improve their weapons using ice.

To get ice cores or other elemental shards in Tower of Fantasy, wanderers have two main options. First, they can visit the weapon shop, which sells ice shards with a daily supply of 10 pieces. Each shard costs Black Gold ×1, a side-currency earned by completing special orders. Specifically, Wanderers must use Golden Cannonballs to get Black Gold. The weapon shop also contains duplicate cores for equipment the player already owns. However, these items are much more expensive than Elemental Shards. However, such rarities are a better choice than spending black gold on shards, unless the Wanderer has some currency to spare.

Another way to find Ice Cores in Tower of Fantasy is exploration. Similar to the Fire Cores found in the environment, Ice Cores are found in fixed locations throughout the map and can be collected for resources. While players usually get the basic Ice Cores, there is a chance to get more difficult items like the Heart of Winter. 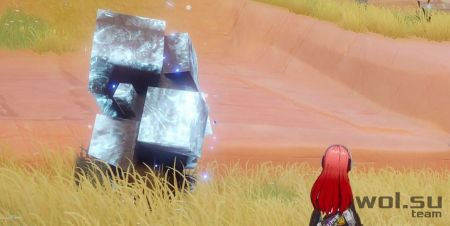 However, Ice Core Clusters cannot be collected by simply hitting them with any weapon in Tower of Fantasy. Ice cores are destroyed exclusively with ice elemental weapons. Accordingly, in order to destroy the Ice Core Cluster and obtain its resources, Wanderers must use weapons such as Frost Spear or Ice Wind Arrow. To obtain this Elemental-specific weapon, players can partake in the gacha game system using red or golden cores. While these cores cost real money, F2P players need not worry as Tower of Fantasy showers newcomers with rewards in the first hours of their journey.

Wanderers can also use Frost Cores to open Ice Cores. Frost Cores are small, docile creatures that can be picked up and thrown into Frost Core nodes. This action instantly destroys the node, allowing the player to easily collect its resources in the Tower of Fantasy.