As you progress through the game, the bosses in V Rising become more and more difficult. While early enemies may only have one or two abilities that don’t have much of an impact, earlier level enemies start to unleash impressive attacks. Terra Geomancer has complete control over the Earth and will be a difficult test for unprepared vampires.

In this guide, we will tell you where to find Terra Geomancer, the best combat strategy for defeating her, and what rewards will make you look for her in the first place.

Where to find Terra Geomancer 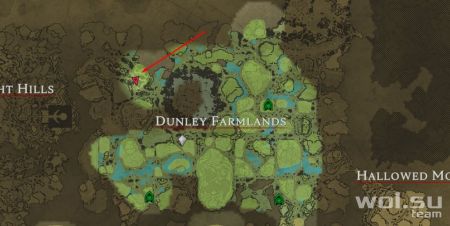 Terra Geomancer can be found at the top of Bedrock Pass, in the northwestern part of the Danlí Farmlands. The pass is a long winding road with two entrances, where there is not a single wandering enemy, and where various ores and minerals can be mined.

However, one key enemy is patrolling the pass – a stone golem. You may have already encountered them in your adventures, and you should remember them as dangerous opponents with a high level of health. The golem will move slowly along the roads, and although it is very aggressive towards you, it is best to dodge its path or try to run past it and let it drop its aggression. Otherwise, you can just kill him as a warm-up before the boss.

Terra Geomancer is always in the same place, so using the Blood Altar is optional.

However, it can help you find your way around Burdock Pass if you can’t find it on your map.

How to defeat Terra Geomancer 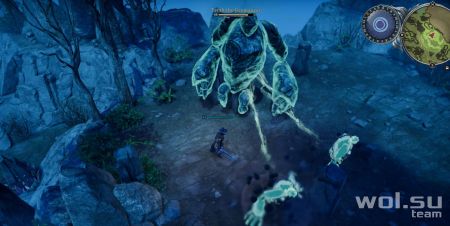 Terra Geomancer is a level 48 boss that will use earth-based spells against you.

Thera’s first attack will fire a simple Earthbolt spell in your direction, dealing light damage. This spell is nothing to worry about, but very quickly after the encounter with Thera, she will transform into her alternate form. Enclosing herself in a circle of stones, she will reduce damage for a couple of seconds, and then turn into a massive stone golem.

This golem starts the fight as it shatters the ground, causing rocks to bounce in all directions. This can be difficult to dodge as the projectiles are plentiful and hit pretty hard. Try to keep the movement ability for this spell, as it can make your life much easier. The golem will also sink into the ground and summon a flurry of rocks from the sky. Moving a long distance will help you avoid this, but the projectiles are very fast, so you won’t have much time.

If you get close to it, the golem will shatter the surrounding ground, dealing AoE damage and knocking you back. Because of this, you should not approach the boss when she is in golem form, as she hits very hard and takes less damage from attacks.

The key to fighting this powerful form is the three little earth spirits that Thera will summon a few seconds after transforming into a golem. They are bound to the boss with their souls, and the only way to turn Terah back into a human is to kill all three. They slowly move towards you and deliver a frontal slash that deals minor damage and knocks you back. They have a decent amount of health, so killing them can take some time, and the best strategy in this case is to use all the ranged abilities at your disposal.

After the spirits are killed, Thera will briefly linger in her golem form, and then turn back into a human. This is when you want to go on the offensive, as she is significantly weaker and you can play much more aggressively. In human form, Thera can also summon her earth spirits, which will slowly walk around and perform their normal attacks. The main difference is that they are not attached to it and do not need to be killed.

Throughout the fight, Tera will constantly turn into a golem, and you will have to kill the spirits again and again. When her health reaches approximately 15 percent, Thera will begin to direct waves of stones in your direction. They fly very fast and the best way to avoid them is to run in circles around her.

The fight won’t be easy as Tera’s attacks hit really hard and you could fall victim to some nasty combos. Basically, you need to keep your distance, except when Tera is alone in her human form. Then you can use a high damage melee weapon to land a few hits, but be prepared to move away when she transforms into a golem.

Destroying the earth spirits with spells like Shadowbolt and Chaos Surge is a good strategy, since although there are many of them, it can be difficult to group them together for an effective AoE attack. The blood of scholars is your best friend, and try to bring an iron crossbow with you to make the most of your ranged abilities. Full Fang Armor is the best armor you can use at this stage of the game, and due to the damage it takes, it may require some Parasite Salts. 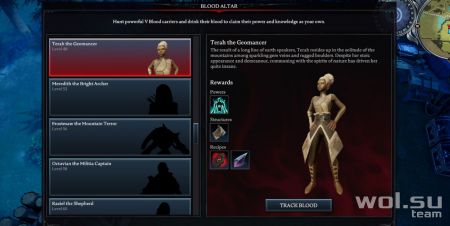 Terra Geomancer drops a variety of rewards, some of which will be very useful depending on your play style.

The first is the vampire power Spectrum Guardian. This is a new ultimate that summons a spectral rock golem that shields nearby allies and attacks with a frontal slash for seven seconds. A useful defensive ultimate, you might want to swap out Relentless Charge for this skill right away.

Perhaps the best reward is the Gem Cutting Table, which allows you to turn raw gems into regular gems for use in jewelry making. Tera will automatically give you the knowledge on how to do this for the following stones: