As you progress through V Rising, you will encounter new enemies and explore the Vardoran ecosystem. The Silverlight Hills are home to harpy nests, dangerous rocky outcroppings where flocks of bird-like creatures prey on unsuspecting bystanders. Their leader is Morian, Stormwing Matriarch, a deadly foe who has a few nasty tricks in store for those who want to challenge her.

In this guide, you will learn where to find Morian, Stormwing Matriarch, how to defeat her in combat, and what rewards you will receive if you drink her blood V.

Where to find Morian, Stormwing Matriarch 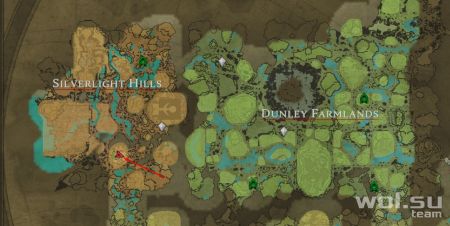 Morian, Stormwing Matriarch can be found in the southern harpy nest in the Silver Hills region. It is located on top of a cliff, and flocks of harpies guard the passage to it. It is impossible to get through these enemies, so you will have to destroy them. Dasher, Scratchy, and Sorceress harpies will patrol in groups, and sometimes they can be found in combat with guards from Brighthaven along the road.

Your new enemies are not as strong as the paladins, but they can deal a serious blow – especially if you manage to gather several packs at once. These feathered enemies will use range attacks, aerial bombardments, and spell projectiles to protect their nest, so bring a few AoE spells with you to take them down effectively.

Stormwing Matriarch Morian will start the fight with two Harpy Dashers, who, if not destroyed, can pretty much ruin your life. Destroy them before turning your attention to the boss.

Note: The nest is directly south of the Silver Hills Gate. Since Morian is always in the same place, using the Altar of Blood to find her is optional.

How to Defeat Morian, Stormwing Matriarch 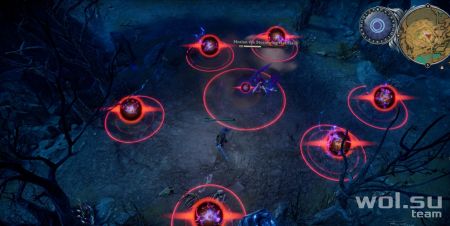 Morian, Stormwing Matriarch is a level 68 boss, so be ready to fight with strong gear. She will use melee attacks to knock you back, followed by a few magical special attacks. Her main melee attacks will interrupt your spells, so you need to be constantly on the move. She has a high movement speed and chases you pretty relentlessly, so it’s best to use a kiting strategy to deal with her.

Morian combines all the basic abilities of a harpy: she can move, call chaos magic and fly into the air. Her attack in the shooting range is quite fast, so try to notice which way she is currently facing and use her movement ability to avoid her. She will use this move quite often, so relying on hard-to-land projectiles like Shadow Bolt may not be the best strategy for dealing damage.

Every 25% of his health, Morian summons a Chaos Orb that explodes and splits into many small projectiles. They can cover most of the arena so try to dodge as the orbs do a lot of damage. By moving close to the first explosion, you can avoid being hit by subsequent ones, but be careful that Morian doesn’t knock you back into the new sphere.

When Morian takes to the air, she will summon various harpies. Two harpy dashers and a harpy sorcerer will enter the fight, and you will have a short period of time before Morian returns to earth. Try to deal with these minions quickly, as despite their low damage, they can make the fight difficult.

Morian’s ultimate ability will kick in when she reaches half health. It will begin to rotate rapidly, throwing out numerous whirlwinds. They will move around the arena, dealing damage and knocking you back. There are so many projectiles that it’s best to just run away during this phase or use the entrance ramp as a safe zone. It is not worth approaching in melee, as Morian will deal damage in an area around him, and there will be so many whirlwinds that it will be very difficult to dodge them.

As equipment, use a dark silver reaper and a combination of armor from the Dawnhorn and Blood Moon. You have a lot of spell options, but Chaos Surge and Chamber of the Damned are good options. It’s best to pick something for a single target, as well as a defensive or AoE spell, as this fight needs everything. Try to get some high quality Scholar’s Blood, and Mirror Strike is very good for your ultimate to take down adds in between. The Crimson Beam is a risky option as it will require you to stand still and you might miss out on moving Harpies. The main thing in this fight is to stay on the move, stay out of range of Morian’s melee attacks, and be alert to her special magic. 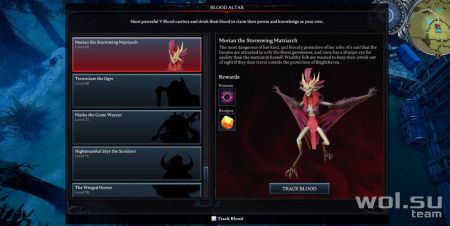 After defeating her, Morian will give you two rewards, the first of which is the Power of the Void Vampire. This short duration AoE spell has two charges and applies Chaos Burn to all enemies hit. Unfortunately, the damage of each charge is quite low, and this spell is more suitable for clearing groups of weak enemies than for boss fights. It’s just that there are better options for both single target and AoE, and this spell doesn’t deserve a place in any of your boss setups.

Another reward is the recipes for all Flawless Gems. This is very important as they are needed to craft the strongest jewels in the entire game:

All three of these items are viable, and your choice largely depends on what stats you want to focus on – enhancing spells or attacks with conventional weapons. With the power of these items, if you’re looking to unlock your character’s full potential, Morian should be a must-have boss. At the Gem Cutting Table, you can craft the following gems: