Not all late game V Rising bosses are found in the hardest zones. Some of them live in lower level zones and are a scary sight for low level vampires who stumble upon them. As if the Sacred Mountains needed another big monster, the Ogre Dreadclaw rules the icy land and is only worth approaching if you have the best gear the game has to offer.

In this guide, you will learn where to find the Direclaw Ogre, what is the best strategy to use to defeat him in combat, and what rewards you will receive if you can kill him.

Where to find Ogre Direclaw 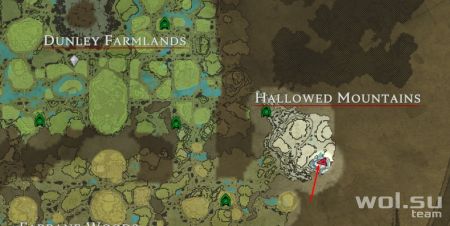 The Dreadclaw Ogre can be found in the Frozen Cave in the Sacred Mountains region. Located in the southeast corner, the cave is at the end of a long winding road with large footprints. The nearest teleporter is the Gate of the Treasured Mountains, and although there is very little left of the cave, you will have to be wary of the patrolling boss. Frostmow Mountain Horror is a strong enemy and is incredibly annoying to try to run past, so try to avoid him as his long-range freezes can slow you down considerably. The good news is that other than Frostmow, there are no real enemies in this region, and travel should be relatively safe.

Note: Since Ogre Direclaw is always in the same place, it is not necessary to use the Blood Altar to find him.

How to defeat Ogre Direclaw 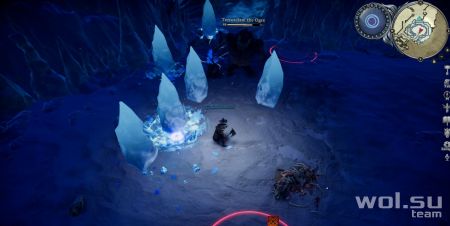 Ogre Dreadclaw is a tough opponent with powerful attacks, nasty crowd control, and a speed that doesn’t match his size. With his first attack, he strikes the ground, causing many large ice shards to fall down and dig into the floor. Ogre Direclaw then picks up an ice icicle and uses it as a projectile, launching it forward with great speed. It will stun you for a couple of seconds on hit, but although it moves quickly, your movement ability will allow you to easily dodge it.

The bread and butter of Ogre’s arsenal is his three-hit combo. At the end of the combo, he slams his fists into the ground and unleashes an ice wave that freezes you in place, allowing him to repeat the combo without being frozen. The repetitiveness with which Terrorclaw performs these moves can make it difficult to deal good damage, as if you play safe, you will have to dodge to the side for most of the fight. Staying at a distance is not always safe, as frost waves grow in width as they spread, so dodging near the boss’s hitbox gives a greater degree of safety.

Ogre’s ultimate ability is a powerful arctic jump that launches him towards you and shatters the ground to cause even more ice waves to come from ground zero and freeze you if hit. The AoE range will increase with each wave and will eventually fill up most of the room, making it very hard to dodge. Your best bet is to try to contain this ability with a shield spell, such as Foul of the Damned. Ogre Dreadclaw can hit hard, but relying on him to dodge all attacks is a dangerous game, so try to save your shield for this jump and use it in the final wave.

To get the setup, try using a combo of Chaos Surge and Fall of the Damned. Chaos Rage Ultimate is a good choice as it allows you to stay mobile, but if you find yourself having a hard time fighting, Sanguine Spiral or Crimson Beam can give you some nice extra heals. At this point in the game, you should be close to or wearing full Blood Moon armor, and the Dark Silver Reaper will be your weapon of choice. High-quality scientist blood will give you a spell leech, which is very important when fighting Ogre Direclaw. 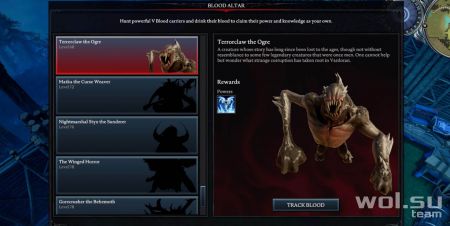 The Dreadclaw Ogre has only one reward for you – the vampiric ability “Arctic Leap”. Frost Ultimate, which mimics Ogre’s ability in combat, will allow you to jump to a target location, dealing massive damage in an area around you and creating a wave of frost that freezes all enemies for six seconds, decreasing to three against other players. This ult gives you a new combo of high AoE damage combined with movement skill. It is useful when fighting large packs of enemies and can be considered as an alternative to, for example, Mirror Strike.

While Arctic Leap is a strong new option, it is by no means mandatory, and Ogre is by far one of the most optional bosses in V Rising. It’s a mix of difficult combat and mediocre rewards, and sits aloof from most resources, which means you’ll most likely never encounter it by chance.