In Elden Ring, the Blasphemous Claw is one of the many items players will find during their playthrough. While exploring the world to unleash the power of the Ring of Elden, players will have to travel the lands, defeating bosses, collecting Runes and materials. As for the runes, they are incredibly important for increasing the character’s statistics. If the player dies while carrying them, they will all drop in the place where they died. Although Runes are the only drop that will drop if the player fails.

All other items will remain in the player’s inventory in Elden Ring, no matter what happens to their body. This is incredibly important as some of the items the player finds in this world can help defeat difficult bosses. In the case of the Blasphemous Claw, it is vital to defeating Maliket, the Ebon Blade. With this item, you can parry his spells, which makes it much easier to defeat him. Although the timing for this should still be flawless. The quest for the Blasphemous Claw has its own paths to overcome.

Where to find the Blasphemous Claw

In order to find the Blasphemous Claw, the player must reach the point in the story where they fight the Molten Giant. Once the battle is over, the player will be teleported to the Shrunken Farum Azula. From this entry point, head to the Place of Grace located next to the large bridge. This is where you can find the Blasphemous Claw, which belongs to one of the game’s enemy invaders. The player will need to find and defeat him in order to obtain this item. 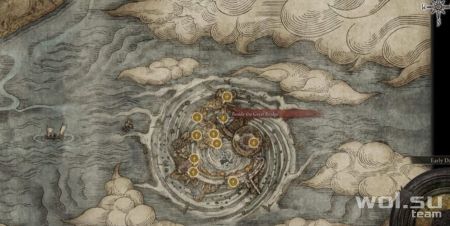 Arriving at the Place of Grace “At the Great Bridge”, head to the building, standing to the side of the boss arena. The player will know that he has gone in the right direction if two enemies representing the dead start to stand up and attack. Defeat them and go down the stairs to the bridge, but don’t reach the end. Eventually, Rebel Bernal will appear and the player will need to defeat him. Be sure to get a feel for his attacks before engaging in combat.

If the player dies, just return to this location and try again. Since this is a battle of invaders, there is no way to leave until someone is declared the winner. Remember to spend all the runes before entering this arena, otherwise they will be difficult to get if the player has a hard time winning. After landing enough hits and finishing with Bernau, he will reward you with a Blasphemous Claw. Use this item to defeat Meliketh, the Ebon Blade.