Where to find all the frozen rebels on the planet Hoth

To unlock the Echo Base on Hoth in free play, players need to complete the story missions of the original trilogy. After completing all five story missions in A New Hope and the first mission in The Empire Strikes Back, players will be able to travel to Hoth to explore Echo Base in free play. Once the Echo Base is unlocked, 10 Frozen Rebels can be found and released to complete the collection quest.

The Frozen Rebels quest rumor can be unlocked for 27,000 parts in LEGO Star Wars: The Skywalker Saga, after which the search zones will be marked on the map. Tracking a mission with hearing unlocked will also give distance markers to follow, but the Rebels must still be in the search area. However, in order to find the frozen rebels, it is not necessary to unlock the rumor. After finding the rebel, players will need to knock him out of the ice and talk to him in order for this NPC to be counted in the collection. 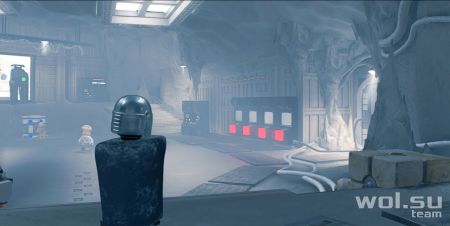 Frozen rebels can be found in medium-sized blocks of light blue ice, but some of them are in locked rooms. There are a few puzzles to solve to find each rebel, but each puzzle will reward you with kyber blocks, so it’s worth completing them. After freeing the frozen rebels on Hoth, you will complete one of the tasks in the game.