In Elden Ring, the Ghiza’s Wheel is a huge weapon that relies mostly on strength and agility and is a good weapon for dealing a lot of physical damage, but it takes a lot of strength to deal with it. This weapon has a unique skill: it can be set to spin at maximum speed even while moving. In this guide, you will learn how to find the Wheel of Giza, what it is and how to use this weapon.

What is the wheel of Giza 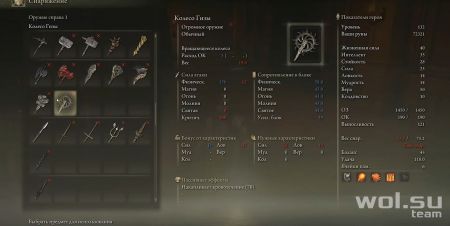 Visually, it can be described as a giant spinning saw, remarkably similar to the Pinwheel Saw from Bloodborne. This shouldn’t come as a surprise if you understand that Elden Ring has a number of Easter eggs scattered throughout the game.

Given the size of this weapon, you need to have 28 Strength and 18 Dexterity to use it. Of course, this means that the weapon is harder to use, so your swings will be slow, but think about how much damage you can deal with this weapon. In addition, this weapon causes blood loss over time, which is useful when you have to deal with enemies with a lot of health.

However, if you’re still not convinced that you’ll have to go through all the trouble to get the Wheel of Giza, consider this weapon’s skill: Spinning Wheel. With this skill, the wheel in this weapon starts, you guessed it, spinning, dealing damage and allowing you to move around while swooping down on enemies.

Stats and information about the Wheel of Giza

If you want to know a little more about the Giza Wheel, below you will find a table with useful information about this weapon:

How to get the Wheel of Giza 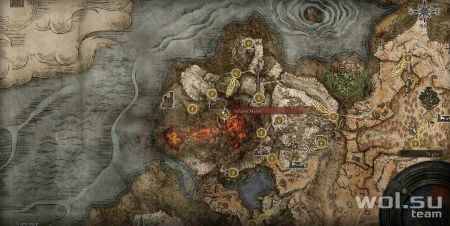 Before you get your hands on the Wheel of Giza, you’ll have to find a way to get into Vulcan Manor.

Of course, you can just walk to Vulcan Manor, but it will take some time, especially if you are still stuck in the Elden Ring starting zone. Alternatively, you can head to Gelmir Volcano (located west of the Altus Plateau) and climb up until you reach this zone. However, this path is full of strong enemies capable of destroying players with low levels, and you can also encounter the Shooting Star Beast that lives on top of Gelmir Volcano.

To avoid big trouble, you can intentionally die from the Kidnapping Maiden and end up in the basement of Vulkanov Manor. If you choose to do so, you will have to fight the mentioned abductor maidens in order to get out of the basement.

Tip: If you want to be abducted by this enemy, make sure he kills you with an attack where he tries to trap you inside his body.

For this kidnapping to happen, you need to gain access to Raya Lukaria’s academy and allow yourself to be killed by the Abductor Maiden located at the bottom of the academy.

Finally, you can also meet a woman named Riya while exploring Lake Liurnia (next to the Bird’s Eye Telescope). Talk to her to start a quest in which you need to return the necklace that someone stole from her.

After giving her the necklace, Ria will reward you with an invitation to Vulkan’s estate. After that, you can meet her again either in the Ruins of Lax, or at the top of the Great Dectus Elevator, where she will offer you to teleport to Vulcan Manor.

Defeat the Inquisitor of Giza 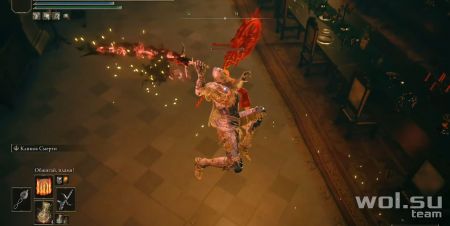 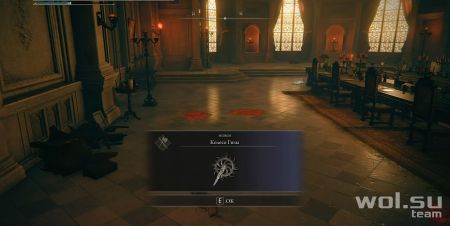 Once inside the estate, you can spend time doing additional activities, such as exploring the surroundings or completing assassination quests. However, if you want to get the Wheel of Giza, you need to head to the top floor of the Volcano Manor and go to the dining room. There, go to the end of the room, towards the windows, where you will find the Inquisitor of Giza, an enemy invader and the original owner of the Wheel of Giza. Kill an enemy and the weapon becomes yours.