In Horizon: Forbidden West, players will have to split their earned skill points to unlock new skills from six different skill trees. Among them there are skills aimed at a close attack, there are those that are designed for healing / survival, and there are also those that allow you to control machines. While there are some very useful skills that players should invest their skill points into from the start, it is up to the player to decide what type of Aloy they want to create.

One of the main ways to earn mastery points in Horizon: Forbidden West is to gain experience to level up Aloy. Experience can be gained in a variety of ways, including defeating machines/humans, completing side quests such as errands, and completing main story missions. Whatever players do, they will definitely gain additional experience – players will constantly increase their level as they mark all the icons on the world map. For players wondering what the level cap is in Horizon: Forbidden West, here’s what you need to know. 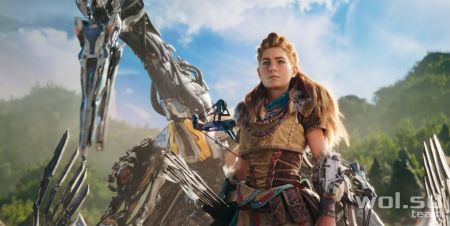 The maximum level that can be obtained in Horizon: Forbidden West is 50. Once players reach the final level for Aloy, they will no longer receive any experience, whether it’s fighting cars or completing side quests. Of course, players can still clear the map and participate in any activities, but they will only receive skill points and items – the experience bar will not advance further. However, since players don’t get extra strength when they level up (only an increase in their maximum health and skill points), they can optimize their constitution so that Aloy is as powerful as possible even at the ultimate level.

Note: Horizon: Forbidden West players are currently unable to redistribute spent skill points, so once a skill is unlocked, there is no way to retake the action and get skill points back. Be careful when choosing which skill trees to invest points in.

It is worth noting that the level cap for Horizon Zero Dawn was also 50, but with The Frozen Wilds expansion released in late 2017, the level cap was increased to 60. There is a chance that the level cap for Horizon: Forbidden West will be increased, but it depends on whether the developers decide to release the DLC after the game is released. A lot of PlayStation exclusives are getting DLC ​​these days, and this game will likely join that club too, especially since Horizon: Forbidden West has received highly favorable reviews from critics.