The weapon evolution mechanic in Vampire Survivors allows players to power up many of the weapons featured in the game. In order to complete this evolution, fans must complete several steps, some of which may not be immediately obvious. Explaining these steps is the purpose of this guide, and players who read it should have no problem with weapon evolution in Vampire Survivors.

The weapon evolution table below is up-to-date as of the release of Update 0.5.1. If the game has been updated and this or that weapon is not in the table below, please write in the comments and we will update it immediately. Thank you!

How to evolve weapons in Vampire Survivors

In almost all cases, to evolve weapons in Vampire Survivors, indie game fans must complete the following three steps:

Reach level 8 with a weapon to evolve.
Have an accessory that matches the weapon. This point is described in detail in the Evolution Diagram section below.
Open the chest after the timer reaches 10:00.

It should be noted that there is a slight adjustment to these steps that players need to make if they are trying to create an alliance between two weapons in Vampire Survivors. Indeed, it is possible to combine weapons in several cases, but for this both weapons must be brought to level 8. It’s also important to note that while some alliances require you to obtain the appropriate trinket, this is not the case for all of them. 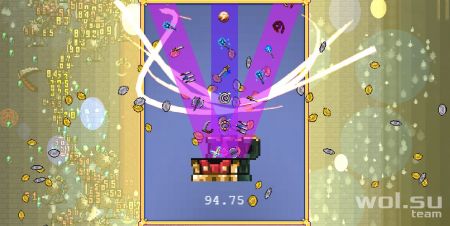 As mentioned earlier, almost all weapons that can be evolved in the game Vampire Survivors have an appropriate accessory that must be in hand before evolution occurs. The following table shows exactly how the weapon and trinket are related, and fans may find it useful to link to as they progress through the game.