While Diablo Immortal brings new elements to the long-established action-RPG formula in the form of a free-to-play game with microtransactions, for longtime fans the game will be much the same. As expected, players not only gain experience to make their character stronger through additional stats and perks, but also continue to loot to get better weapons and equipment of varying rarity.

As players progress, the extra gear not only increases survivability against some of the tougher bosses like the imposing Skarn, but also opens up new possibilities for higher difficulty levels and even end game like Elder Rifts and PvP. Players can also take part in Reliquary raids, some of the toughest in Diablo Immortal, but the rewards are well worth it as they give players permanent buffs from Demon Remains as well as a chance at better loot.

Each month, a new boss appears in these raid events in Diablo Immortal. A new boss named Vitaat, Trembling Death has arrived this month and has already proven to be a serious challenge for players. Here’s everything players need to know, including information on where to find her and tips for taking her down. 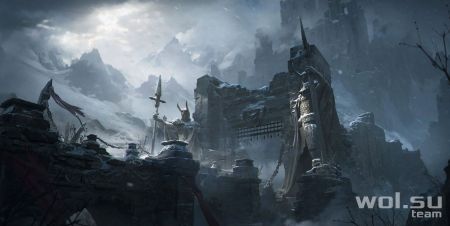 Diablo Immortal players will need to have access to at least level 41 Helicari raids and complete the main campaign before heading out to find the Trembling Death. Moreover, players are advised to have a combat rating of at least 2.280 in order to have a chance to counter Vitaat and her minions. Although Hell raids can be done solo, it is highly recommended to team up in groups to make dealing with Vitaat a little easier.

Once all the necessary conditions are met, players will need to travel to the Frozen Tundra. The gate itself is located near the Bitterhearth point, located east of the entrance to Echo Cave. 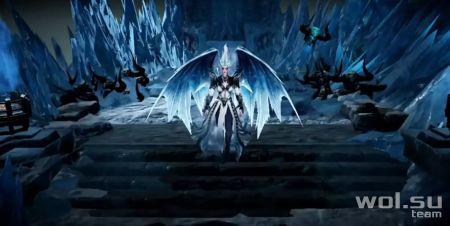 Before the start of the battle with Vitaat, players will have to fight waves of enemies of the Ice Clan, ranging from warriors, shamans, and ending with impalers. Once they are defeated, the Trembling Death will make its presence known and the real boss fight will begin. Like the other Reliquary raid bosses, this fight is split into four parts.

During the first phase, players will land frontal sword slashes as well as an ice flurry that deals damage in a straight line. Her most devastating move in this phase is the wave of ice, which players must avoid at all costs.

The second and third phases are similar in that Vitaat summons ice clones that make her immune to damage while they are active. Once the players defeat the clones, her shield is destroyed and she becomes vulnerable again. Ice waves and air AoE attacks are also common during these phases, so players should look for highlighted areas in the scene that indicate where damaging attacks will land.

When her health is low enough, in Phase 4 Vitaat moves to the center of the scene and unleashes a huge AoE attack that sends ice spikes from the ceiling. Players should focus on dodging attacks and healing, as it is almost impossible to revive players during an attack. In addition to this attack, players will also see a mixture of all previous phases. 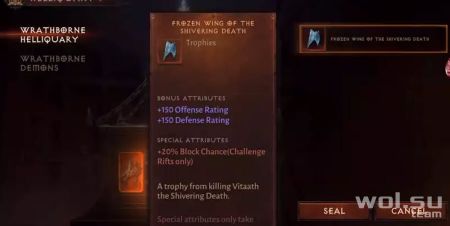