After years of fighting each other, Tom and Jerry team up with each other in MultiVersus as one unlockable character. The new fighting platformer features a small roster of characters compared to games like Super Smash Bros, but new fighters will be introduced to the game over time. While the duet cannot be used immediately in the game, players can unlock Tom and Jerry shortly after starting the game through in-game purchases or through free in-game currency.

Although they jokingly fight each other in the game, players who are looking for a character with a good mix of ranged and melee attacks should unlock Tom and Jerry in MultiVersus as soon as possible. In particular, all of Tom and Jerry’s special moves are melee attacks, although Tom has access to some of the classic cartoon items he used against Jerry, such as a frying pan and a large hammer. Fully in character, some of the duo’s long-range attacks include Tom sending Jerry at his opponents by tying a mouse to a rocket, throwing Jerry at opponents with fishing line, and other iconic scenarios. Like all ranged characters, some of these attacks have timeouts that will prevent players from spamming with more devastating attacks. 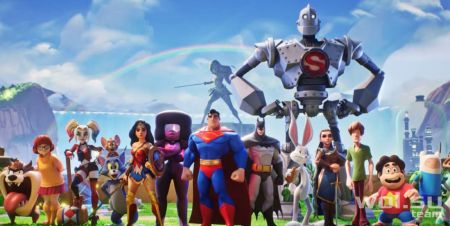 Additionally, players can earn more Gold in MultiVersus by completing matches. Naturally, by winning matches and leveling up, players get more gold, while losing only a small amount. Unfortunately, gold cannot be earned in Custom Matches, so players will have to go all out to unlock Tom and Jerry in MultiVersus.