In TMNT: Shredder’s Revenge, the beloved Turtles once again rid the streets of the opposing Foot Clan and other familiar groups of enemies. Making your way through the streets and sewers of New York, you will have to overcome many difficult obstacles and collisions. 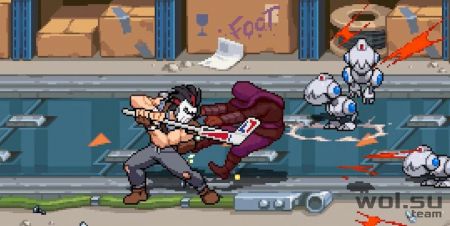 Like most beat-’em-ups that draw inspiration from old arcade games, TMNT: Shredder’s Revenge has a list of controls that shows you how to perform each action in the game. While most of the actions are simple, some of them are a little more complicated and require you to hold down two specific buttons before pressing a direction on the D-Pad or Stick to launch an attack.

Before you delve into the game, we strongly recommend that you familiarize yourself with the game techniques and learn what each attack does. This will allow you to better understand the basics of the game and understand how to deal with enemies in the air and perform basic and advanced combos. Fiddling with controls when a new enemy appears is never fun, and knowing the basics will save you the hassle of learning everything on the fly. 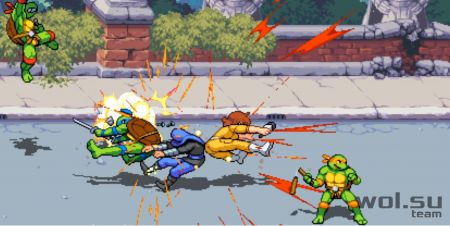 Looking through the list of controls at your disposal, you will see several co-op-specific attacks that will come in handy when you decide to play with a friend or stranger online. These techniques will allow you to team up with your opponent and unleash a devastating attack fueled by the power of teamwork! These attacks can be very diverse: pinch the enemy between you and your friend, spin your partner like a tip towards the enemy, and finish off the enemy just launched into the air by a friend.

The environment is your friend 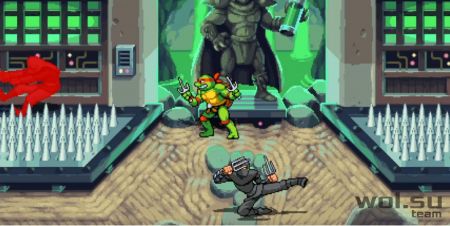 There are enough environmental hazards in every step of Shredder’s Revenge that can harm you or be used to your advantage if you plan accordingly. Everything from a spiked floor, passing New York traffic to a bottomless pit will have the same effect on your opponent as it does on you, allowing you to turn the tide in your favor.

While you must always be wary of traps and environmental hazards, you must mentally write them down and strategize how to use them against opposing forces. While each enemy type won’t be worth the risk, we recommend using them against more annoying or difficult opponents to gain a significant advantage over them. 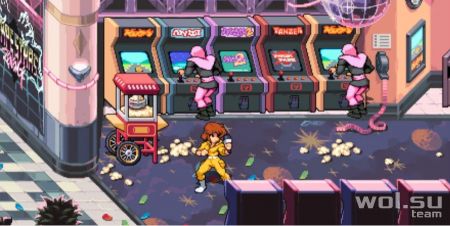 Continuing the theme of treating the environment as an ally that will help you gain an advantage over the advancing groups of enemies, let’s move on to the smashable objects encountered at each stage. Smashing items found in the environment can reveal anything from food that will replenish your health to collectibles that will help you level up your character, so there’s no reason to avoid smashing anything that catches your eye.

Things like crates, vending machines, tables, popcorn machines, and toolboxes are all examples of things that can be smashed and possibly retrieved. However, remember that once you move to the next screen, you will no longer be able to visit the previous areas, so make sure you smash everything in the room before moving on.

Find out what each enemy is capable of 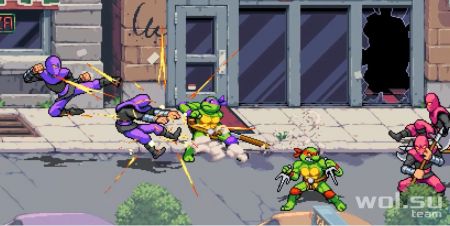 In Shredder’s Revenge, you will encounter many enemies and types of enemies, each with unique attacks and ways to overcome them. While you can try spamming through them in the early stages of the game, this won’t do you much good in the later stages when groups of different enemies are constantly being thrown at you.

To avoid being overwhelmed by a mixed set of enemies, try to learn the strengths and weaknesses of each enemy and their attacks as you progress through the game. This is also related to learning the list of controls we mentioned earlier, as knowing how to perform an anti-air attack or attack low-lying enemies will help you in this game. 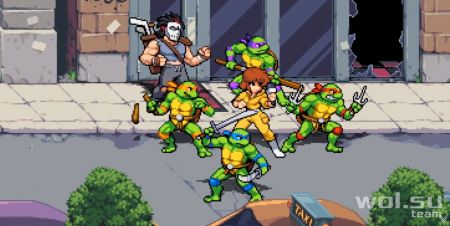 While you might not want to give up on your favorite turtle, it’s important to give everyone a fair measure as you progress through the story mode. Not only is each character unlocked from the start (except Casey Jones), but each playable character has unique stats, abilities, and weapons that make them feel and play differently.

Even if you like your favorite character, we highly recommend that you take on others, especially in story mode, just to check who you like and who you don’t. It’s also important to know that the characters progress independently of each other, so if you want to max out each one, switch to a new character as soon as you hit the max level of one of them to cut down on the playtime a bit. 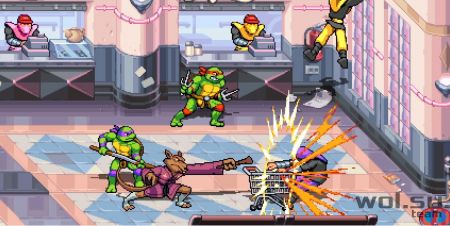 In each episode of TMNT: Shredder’s Revenge, you will have to solve three tasks, some of which are easy to complete, while others are incredibly difficult for even the most experienced player in the genre. Although you must complete all the challenges to get all the achievements/trophies in the game, they do not matter on the first playthrough.

Therefore, in order not to go down the dark path of restarting each episode as soon as you fail the task, we advise you to ignore them until you have beaten the game at least once. Not only will you be able to jump into each episode to your heart’s content, but Casey Jones will be by your side, making some tasks easier.

Use your superpowers wisely 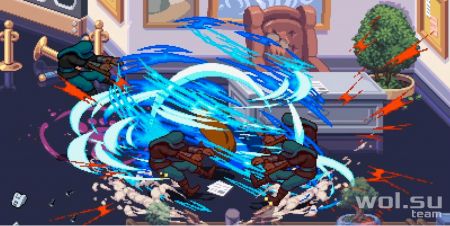 Creating an ultimate in Shredder’s Revenge requires some skill, as you need to land multiple hits without taking any damage, so it’s only natural to want to use it as soon as it’s available to see your character’s unique special attack. However, spending a super ability at the very beginning of the episode can turn into serious trouble, because the further you advance, the more difficult it will be to return it.

When to use ultimates is an individual matter, but our general rule of thumb is to use them when facing a boss or when you make a mistake and suddenly find yourself surrounded by a large group of enemies that there is seemingly no way to deal with. At any other time, you are practically burning it and wasting its true potential, so be careful when and where you activate it! 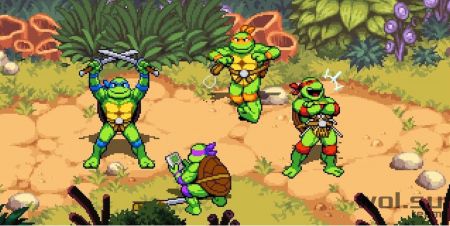 Continuing with a quick run down of supers and how to fill your caliber, let’s talk about the most underused tool at your disposal: taunts. Taunts may seem insignificant in the grand scheme of things, but they are actually incredibly useful and should be used frequently. Donatello can not only get a Nintendo Game Boy, but also perform a trick that will increase your super meter, making him a great way to get a super passively.