Tiny Tina’s Wonderlands is another great shooter where you take on the role of Fat Man on a journey through Wonderland and defeat the Dragon Master. As the campaign derails more and the Wonderlands hangs in the balance, it’s up to the fatmaker to work his way through this wild adventure.

Tiny Tina’s Wonderlands has several shrines in the world that can provide permanent bonuses to the player upon recovery. Among them is the shrine of Zoomios (the god of power walking), which grants 15% movement speed. However, restoring this shrine is not as easy as it seems at first glance, as it requires going through many adventures and completing quests to find all the missing parts. 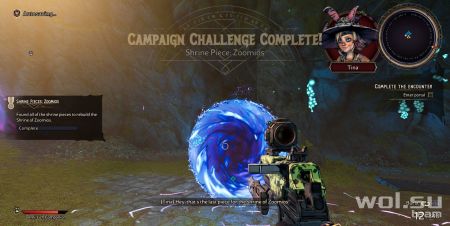 The shrine can be accessed after the player completes the Shattergrave Mound, becomes a kingdom squire, and re-enters the World Map from Brighthoof. A little north of Brighthoof, players can find a shrine at the entrance to the dungeon, not far from the entry point in Weeping Gloom. The dungeon contains one of the four parts of the sanctuary required to complete the construction of the sanctuary and receive the blessing of Zoomios, but it is impossible to enter due to the trees blocking the path. To advance further, players need to remove these trees.

In order to remove the trees, the player needs to start the quest “Your Bard, with Vengeance” and visit Dunkness Whipfield. After Valentine says that the terrain isn’t “dank” enough, Tina will remake it (as she often does during her campaigns) into a mushroom forest. Returning to the world map at this point, you will see that the trees have been removed, and a handful of mushrooms have taken their place, which do not block the path to the dungeon. Clear the dungeon, and in the final encounter, the player will receive a piece of the Sanctuary. 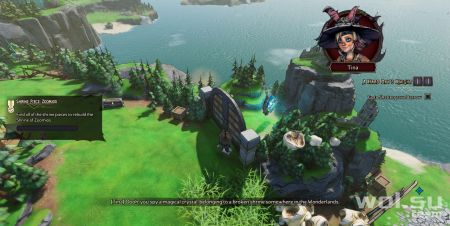 Another shrine is locked behind metal gates and appears to be inaccessible. After starting the game “The bard is yours, with vengeance”, players can receive a quest from Brighthoof, in which the paladin Mike asks them to clear three camps on the world map. Any three different camps will work for this, and when completed, paladin Mike will direct the player to his “knight intern”, who will open the gate. Beyond the gate is a sanctuary, otherwise unguarded.

Dungeon, beyond the Rainbow Bridge 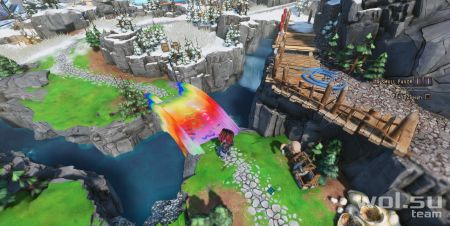 To get to the other two Shrines, players will have to help Borpo, a magical bridge builder whose blueprints have been stolen. After completing the “Working Drawing” quest, he will build a rainbow bridge, which will allow players to enter the snowy area where two other shrines can be found. 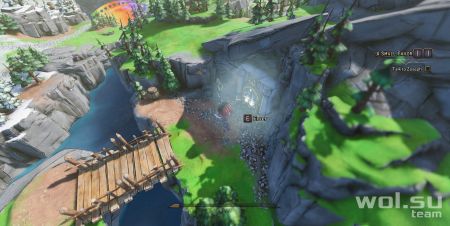 Once in the snowy area, take the path to the left and look to the left for the entrance to the blue glow dungeon. Tina will happily inform the players that there is a shrine nearby. Clear the dungeon and claim the shrine from the third wave after defeating the miniboss.

Mines in the land of ice 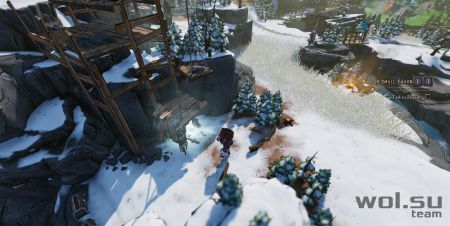 After exiting the dungeon, go straight ahead to find the entrance to the mines blocked by some fallen trees. Use a melee attack to clear the rubble and get through the mines (a multi-stage dungeon-like encounter). Upon reaching the cliffs above, players will find a fragment of the sanctuary in an open area on the rocks. 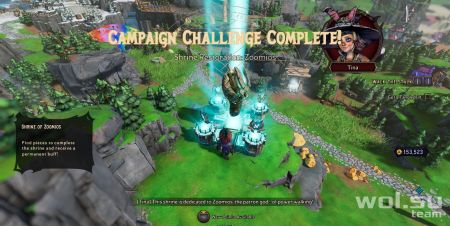 Returning to the Shrine of Zoomios with all four shrine pieces will grant players the blessing of Zoomios, increasing their movement speed by 15%. This greatly facilitates the passage of Wonderland for other tasks. Since this shrine can be restored at the beginning of Chapter 4, it’s very useful to complete it early and speed up the movement around the world for the rest of the game.