All stages in Vampire Survivors, with the exception of the Inlaid Library, are similar to each other. The player is free to move in any direction they wish; in Inlaid Library, by contrast, movement is limited (mostly) to the left and right sides. One of the two new stages added to Vampire Survivors in the latest update, Hidden Ground, features a unique layout.

Hidden Ground (also called Holy Forbidden) is a long winding passage that forces the player to move to the right. The goal is to reach the treasure at the end of the passage – the Yellow Sign relic.

How to open the “The Hidden Ground” stage 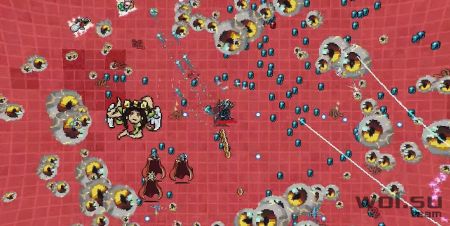 Instead of Death appearing at the end of the scene to kill the player, his character is moved to The Hidden Ground. This happens without warning, and upon spawning, the player character is stripped of all weapons and accessories except for the starting weapon. This only happens the first time the player gets to the end of the Moonglow stage. After that, “The Hidden Ground” will be available on the stage selection screen until the player receives a Yellow Sign. After receiving the Yellow Sign, the stage will become available for passing.

Passage of the stage “The Hidden Ground” 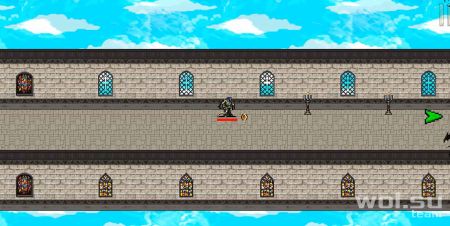 As you progress through the player is constantly attacked by bats and angels. There is also a boss that will follow the player and periodically attack. Due to the lack of weapons, the character will take damage while traveling through The Hidden Ground. Luckily, there are light sources in the passage that can drop a chicken. For this reason, it’s best to use a character with a straight-shot weapon; Gennaro, Antonio, Pugnala, Poppea, and Ramba are all good for The Hidden Ground. Pugnala and Poppea are the best picks due to their increased movement speed.

When the player approaches the end of the stage, a Rosary will be on the ground; picking up this item will reveal the boss’s true form and send him on the run. At this point, the player needs to continue moving to the right and take the yellow sign in the stained glass column. 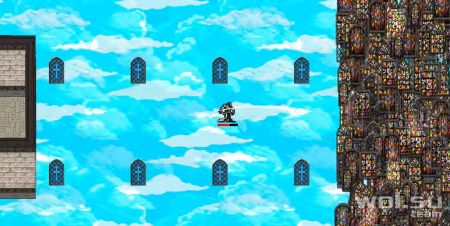 The Yellow Sign unlocks four new accessories: Gold Ring, Silver Ring, Metaglio right and left. They are necessary for the evolution of the Clock Lancet and Laurel (respectively). The evolution of these two weapons unlocks two new characters for the first time, Gallo and Divano.