Players who have accumulated coins should be proud of themselves. Dying Light 2: Stay Human is an unforgiving environment, and it’s easy to go broke buying temporary power-ups that do next to nothing. Thrift is rewarded by choosing items from the vendors’ inventory.

But with a rotating shelf and plenty of “fool’s gold”, players can easily spend their money on gear that doesn’t make enough of a difference and find themselves on the hunt for cash again. For those who want their purchases to make a difference, here are the best things to buy in Dying Light 2.

It’s hard to say that there can be too many zombie kills in a zombie game, but for those who have completed the game to the end, the five hundred hour mark can become brutal. At some point, fighting off zombies loses its appeal. There must be a better way than just attacking?

While many are calling for a fix to the game, the vendors are offering a solution to the zombie problem right now. They have unique items that can distract the zombies and allow Aiden to pass by unnoticed. Or Aiden can pull off a bunch of kills by luring the zombies into the area and dropping the explosives after they’ve gathered together. Unique accessories pay off with loot.

Weapons in the game are not so much about quality as quantity. Of course, no one will complain about an artifact hammer that takes out zombies in three hits or less, but the only time Aiden gets in real trouble is when he runs out of weapons.

Mod any weapons you find, but don’t buy expensive weapons that only last a few minutes until they break. Instead, buy regular weapons at cheap prices. They may not be as effective in combat, but they are better for the wallet. 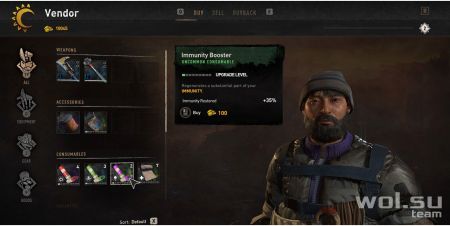 Possibly the only exception to crafting items that should be purchased, Immunity Boosters are on this list because it’s impossible to find enough UV Shoomz to make them yourself. Players who have to sleep at night are missing out on a lot of loot, missions, and raid spots.

There are not many ways to increase immunity in the game other than returning home. The hundred coins it costs are easily offset by the valuables looted during the night for extra time. During the parts of the game where Aiden is stuck indoors, players will be glad they stocked up on immunity. 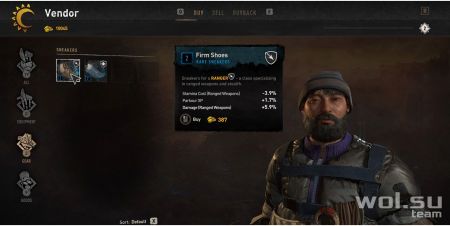 When selling items to a merchant, it’s fair to wonder what he has to offer in return. Items sell easily because sometimes the merchant has better gear than the player has. In this case, pawn Aiden’s current equipment and buy what the merchant has.

As vendors change their inventory, there’s no guarantee that those wonderful gloves or that incredible helmet will be seen again, from vendors and marauders alike. It’s not worth buying upgrades, no matter how small, because it’s hard to tell when another better thing will appear. 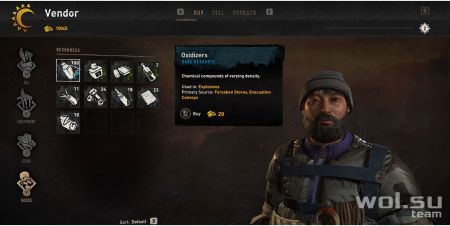 It’s never the case that it takes two things to create great blueprints: one that the player has found in countless numbers, and another that Aiden has never seen before. Since crafting is cheaper than buying, players should try to do it if possible.

Vendors selling rare crafting resources are helping to solve this problem. Who knows how they got them, but Aiden doesn’t need to ask questions. Instead of hoping for luck and finding a mythical ingredient, buy it.