Tempestra is the main villain in episode 6. While stopping Tempestra is the main objective of the episode, other playable characters can complete a number of optional tasks that occur throughout the episode. As in other episodes, players will have to complete three optional tasks. The first is to finish the level without using the Super attack. The second objective is to defeat five enemies with Glancing Attacks. The last task is to throw enemies to break one clothes hanger.

The sixth episode of TMNT: Shredder’s Revenge also has five hidden secrets to be found. Before the Teenage Mutant Ninja Turtles get to Tempestra, a secret diary, a VHS tape, Napoleon’s cameo, Vernon’s cameo, and a hideous bug can be found. The secret diary can be found shortly after the start of episode 6 by breaking the trash can to the left of the taco counter. In the episode’s continuation, the VHS tape is outside the Random Clothes store inside a trash can between two plants. Next, hit the paddling pool cardboard cutout for a real Napoleon cameo. After that, Vernon’s cameo can be found in the arcade by hitting the popcorn machine. Lastly, the Abominable Beetle can be found in another popcorn machine shortly after.

How to beat Tempestra in TMNT: Shredder’s Revenge 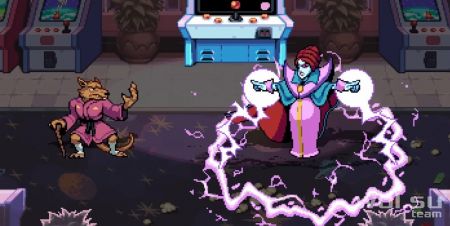 Tempestra herself has only one attack, which is to summon pink electricity to destroy the TMNT. However, during the fight with Tempestra, she will summon two arcade minions to fight for her. In addition, she will become immune if she is holographic.

In order to defeat Tempestra in TMNT: Shredder’s Revenge, players will need to defeat the thugs she has summoned to make her vulnerable again. As her health decreases, Tempestra will summon two minions at once. Defeat them quickly and then unleash a flurry of blows to finish off Tempestra.