In inFamous: Second Son, Delsin will have to make many difficult decisions during his adventure. One of the first decisions is to talk about your abilities to the DUP or keep quiet at the cost of your tribe. In this guide, we’ll go over the pros and cons of this first critical choice.

inFamous: Second Son is an action-adventure game developed by Sucker Punch Productions and published by Sony Computer Entertainment. Set after the events of inFamous 2, the game sees the new protagonist Delsin Row embroiled in a conflict between the DUP and “bioterrorists”, humans with superhuman powers. 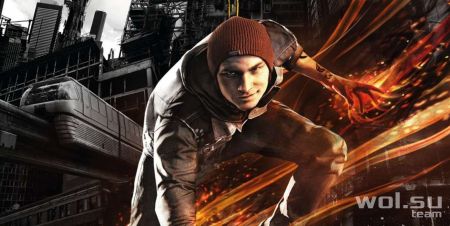 Delsin’s first experience with his powers includes a deadly chase through a burning building and an encounter with the person who started the fire. Shortly thereafter, while pursuing a criminal, Delsin encounters DUP commander Augustine. During the interrogation, she slowly encases his friends, family, and himself in concrete, politely demanding information from him.

Augustina is convinced that Delsin is hiding something, especially since he uses the word “Conduit”, which neither the police nor the public approve of.

Therefore, it requires answers, as a result of which the players are offered two options. Delsin can keep his abilities a secret, which will save him from the wrath of Augustine and the DUP, but may result in his family and friends suffering and/or dying. Alternatively, Delsin can come clean, sacrificing himself for the safety of the tribe and facing the wrath of Augustine and the DUP. 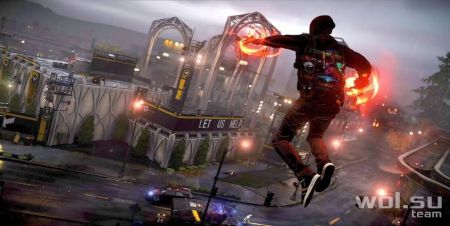 If Delsin chooses to give up, his choice of words will cause Augustine to (ironically) conclude that he is not a conduit and must have made it up to protect others. She leaves without removing the concrete spikes from her victims’ bodies.

This earns Delsin good karma points, pushes him in the direction of Hero leveling, and starts his journey towards unlocking abilities and skills that minimize collateral damage and promote accuracy.

If Delsin decides to sacrifice the tribe, Augustina will vent her anger just as if he tries to surrender, leaving the tribe littered with concrete spikes when she leaves. Delsin will gain evil karma points, which will push him towards inFamous leveling up and begin the path to unlocking abilities and skills that specialize in damage and destruction.

Ultimately, the choice comes down to the player’s preferred playstyle and route taken, as it won’t affect the story, except potentially change the ending and some small bits of dialogue if Delsin chooses good or evil options often enough.