In Stray, being a cat is pretty damn cool. Not only do you have nine lives, but you also have an unlimited number of meows and the ability to accidentally knock things off the shelves. Stray is the latest cat game and we are confident that it has managed to create the most accurate image of a cat in years.

How to play Stray: a beginner’s guide

Stray, when viewed as a whole, is not that complicated in terms of mechanics, but this does not mean that it is simplified or devoid of nuances. In fact, Stray does a great job of delivering a meaningful experience while still maintaining a fair amount of difficulty across all of its sections. We are here to make this process even easier.

It all depends on the context 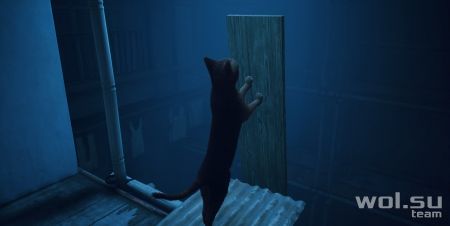 One aspect of Stray that might come as a surprise is that just about everything in the game is context dependent. Whether it’s scratching a pole, knocking down paint pots, or even just jumping. This limits your freedom somewhat, as you can’t just jump anytime, anywhere, but don’t let that first shock discourage you from exploring the game more deeply.

Despite all the scripted jumps and stuff, there’s a lot of freedom hidden in the world of Stray. Just because you can’t jump in place doesn’t mean you can’t climb almost any building if you find the right way. Think of platformers not as a constraint system, but as an Assassin’s Creed-style free-running system.

Get ready to run 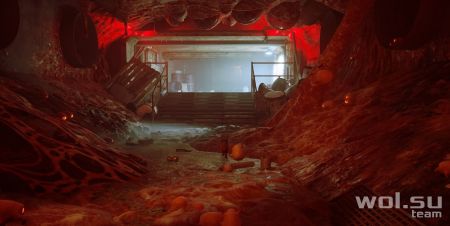 Stray has many chapters, and within those chapters, the game tends to focus on a certain type of gameplay. For example, in “Slums” the game is more like a classic adventure. However, in other places you will have to run a little, because you are a tiny cat.

There is very little combat in Stray, and in most cases, when meeting enemies, you will have to dodge them. In the early to mid game, these tend to be run sequences. They are linear and not too long – just be prepared to hold down the run button and avoid zurks like the plague – they are, in fact, the plague. Tip: Remember that holding down the “jump” button will automatically jump you – very handy. 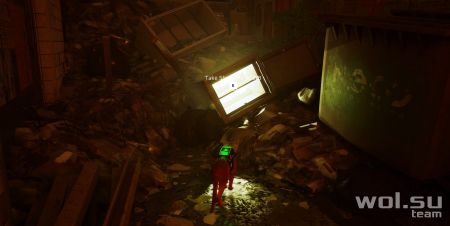 Stray has several centers that create a more relaxed, almost detective style of play. In these places, you have plenty of space to tinker with, and the game isn’t afraid to hide all sorts of things. These can be hidden items or even quests. The most notable of these are the Slums.

You can spend most of your game time just running around this place and finding all sorts of interesting items. One robot wants to learn music, find him notes. There is a merchant who exchanges valuables for various junk. These small side quests can often lead to or aid in larger quests later on, so research is never wasted. You can even get little clues about how the plot will unfold if you’re careful enough. 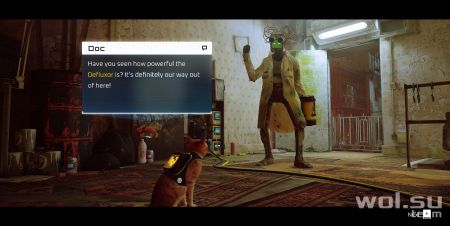 We mentioned earlier that you will spend a lot of time running from enemies – and this is true, however there is an area where you can fight back. This is a very short segment in the overall scheme. Also, it’s really cool that you can fight back the zurks for a short time.

The combat is incredibly easy. You shine your light on something and it dies. That’s all. The caveat is that you can’t use ultraviolet light all the time, and overheating will make you defenseless. The best way to get into a fight is to use your feline grace to flank your enemy and blow them up in hit and run style. Simply and easily. 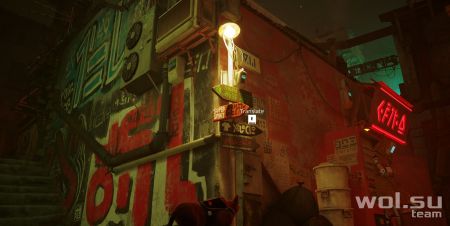 One thing that might confuse some people is the lack of a map. Stray is not an open world game, but it does have several major hub areas. This may turn off players who love a good map. However, don’t worry. Stray has phenomenal level design and doesn’t need a map to move around.

Even in the largest areas of Stray, there is a wonderful sense of interconnection and flow. It can be overwhelming at first, but within minutes you’ll be running around these open spaces like a pro. Every corner of the street in every center is instantly recognizable. There is no map in the game because it was designed not to be needed. 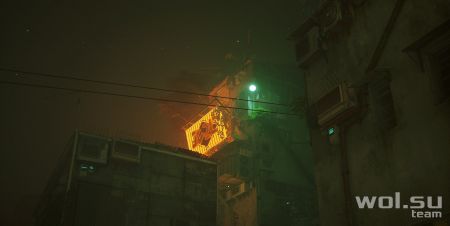 What makes Stray stand out – aside from the whole cat story – is how vertical the game can be. Often the solution to a problem is not at ground level, and running around looking for an open door won’t get you very far. You must constantly look up and down to find new ways to solve old problems.

As a cat, you are very agile. Climbing buildings is easy if you can find the right environmental objects to help you climb up. Things like boxes or air conditioners will serve you well. Climbing up is not the only way. Sometimes looking down can take you where you want to go. For example, you are more than capable of squeezing through small gaps. 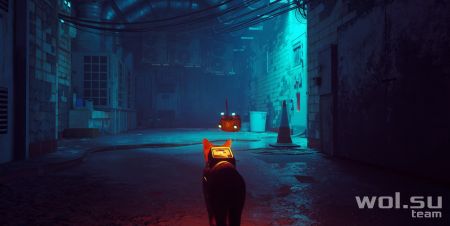 If you ever get lost or don’t know what to do, you (almost) always have access to your partner in crime, B-12. This adorable little drone will be your connection to the world. Sure, you can climb and navigate, but as a cat, you can’t communicate or operate complex machinery. But the B-12 can.

Not only that, B-12 can prompt and advise when you need it. If you can’t remember what you need to do with an item, B-12 will help you. If you don’t know where to go, B-12 will give you a hint. The game doesn’t hold your hand, but if you need a push in the right direction, you can rely on your floating buddy.