Neon White is a first-person shooter that combines carefully crafted platforming sections with thrilling action to create real moments of adrenaline-fueled chaos. What’s more, the game’s entire combat system is centered around soul cards, which give you weapons with which to destroy enemies, overcome obstacles, or climb great heights to complete each level.

A Complete Guide to Soul Maps in Neon White

However, soul cards are a limited resource, which turns each stage into a puzzle, forcing you to carefully plan your path. You’ll have to make a lot of instant decisions on the go, choosing which Soul Cards to use and where to apply them in order to get the highest medal on a stage or overtake your friend on the leaderboard. 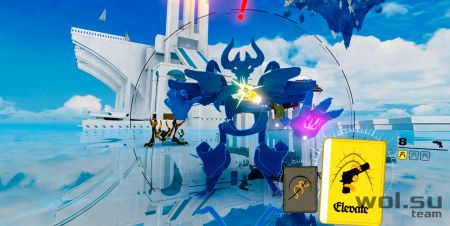 In Neon White, soul cards are the backbone of the entire game system, allowing you to slay demons and progress through each level with great freedom. These cards turn each stage into a well-designed playground, making it a real pleasure to try to overcome in creative and exciting ways.

How to use soul cards in Neon White

The use of soul cards is relatively simple. Every card except the katana and fist uses a primary and secondary attack, essentially giving you access to a whole different level of cunning to overcome time trials or difficult enemies. However, each card has a set number of uses and the rules they follow, which means you must use them with a specific strategy so you don’t waste them or yourself by making a fatal mistake.

In addition, each soul card can be discarded by using up all of its primary abilities/ammo or by using the card’s secondary attack. While the secondary attack is usually much stronger or allows you to move across words with double jumps, air dashes, or ground slams, you are essentially burning the card to perform these actions, so keep that in mind before using it.

Where to find soul cards in Neon White

The acquisition of soul cards occurs at each stage, meaning you cannot enter a level with your own deck of soul cards and you will have to look for them. While this may seem like a disadvantage at first, you’ll quickly realize that each level in Neon White is expertly crafted with specific cards in mind, allowing you to figure out how to make the best use of each soul card.

Soul cards are scattered all over the map, hidden in chests, and even dropped when defeating enemies. Remember that enemies are usually color-coded so that you know in advance which card they have, allowing you to plan accordingly. Skip to the next section to learn more about Soul Cards, their respective colors, and more!

All soul cards in Neon White 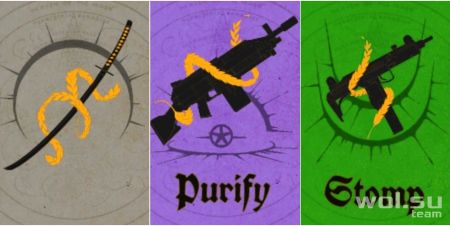 Soul cards are the bread and butter of Neon White’s gameplay, offering a unique twist on the combat system. Soul Cards are stage dependent, so it’s important to know what they do and how to use them to your advantage in order to clear stages faster, gain secrets, and rise to the top of the leaderboard.

Below is a complete list of soul cards available in Neon White, along with their primary and secondary attacks, their ammo count, and the damage they deal. By learning what each card is capable of, you will be able to discover new paths that previously seemed impossible to you!

Card Name Card Color Primary Attack Ammo Counter Attack Damage Secondary Attack Attack Damage Katata Gray Swing the katana horizontally.Projectiles have a chance to ricochet back at enemies, resulting in increased speed.
x30 +1 N/A N/A Fists Gray Punch your enemy.Available when using all thirty swings of the katana. If you land all ten hits, you will die immediately.
x10 +1 N/A N/A Clear Purple A fully automatic machine gun with decent accuracy at a distance. x35 +1 Launch a grenade that sticks to surfaces and enemies.Can be used to eliminate large groups of enemies or reach new areas.
+8 Pick up Yellow Semi-automatic pistol that is great for taking out single targets. x9 +1 Launches you vertically into the air, performing a double jump if you are already in the air. N/A Good Luck Blue A rifle that fires a devastating projectile with great accuracy. x4 +3 Throws you forward with great force.Allows you to overcome barriers, cut through enemies and clear large gaps.
+40 Stomp A green Uzi submachine gun that unleashes a hail of bullets in the blink of an eye. x30 +1 Crash violently into the ground below you.Allows you to break through barriers and create a shockwave on impact, damaging anything caught in it.
+8 Dominion A turquoise RPG that fires forward a rocket that explodes on impact. x4 +8 A hook that can be attached to surfaces and enemies, allowing you to reach new heights and areas. +2 Fireball A red shotgun that fires twelve pellets forward. x4 +1 per pellet You gain an air dash that you can target before executing, allowing you to change trajectory or reach new areas. N/A