In Vampire: The Masquerade – Bloodhunt, the Siren is one of the two playable archetypes of the Toreador clan, able to blind enemies and provide the team with penless power. Classified as a support class, this archetype is highly mobile and can provide CC (crowd control) at critical moments in combat, leaving enemies vulnerable for a short period of time. Naturally, Siren is best used in a team to take advantage of her passive ability in Vampire: The Masquerade – Bloodhunt.

How to play Siren in Vampire: The Masquerade – Bloodhunt 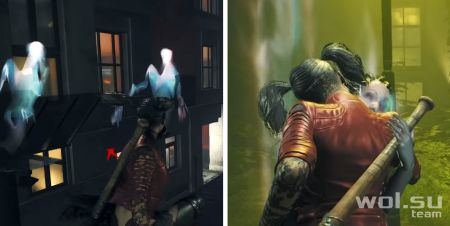 Understanding Siren’s unique set is essential to effectively using the archetype in combat. Accordingly, players need to know the details of clan power, passive power, and class archetype power. Starting with the Toreador clan skill shared with Muse, the Siren is equipped with the Projection/Dash ability, allowing the caster to send out a projection that lasts 12 seconds. When the ability is reactivated, the player instantly teleports into their projection, allowing them to quickly close gaps, reach various heights, or avoid enemy attacks.

Kindred Wards is the Siren’s signature passive ability that allows the player to feed on civilians without breaking the Masquerade or triggering a Blood Hunt. When the Siren is within range of certain NPCs, a white, pinkish aura will appear around their body. Feeding on these “friendly” civilians will give you passive bonuses without revealing the location of the player’s team on the map. As such, the Warding Kindred ability will allow the Siren and her party members to feed without penalty, replenishing lost health and gaining advantages in combat.

Siren’s archetype power is “Blinding Beauty”, a CC ability that momentarily causes the caster to charge up and release blinding light. This flash-like skill also marks vulnerable opponents that have been temporarily blinded, allowing the Sirens and their teammates to know who to target in combat. Players should be aware that Projection / Dash can be used while charging the Blinding Beauty ability. With skillful timing, players can teleport to enemies and immediately blind them. This tactic gives opponents very little time to react, making it a great strategy to learn for the Siren.

Since the Siren is not tied to any playstyle other than being a practical support class in Vampire: The Masquerade – Bloodhunt, players have some freedom in choosing how to build this archetype. However, it is recommended that the Sirens follow the needs of their teammates for maximum effectiveness in combat. For example, if their team is playing aggressively, Sirena should use short or medium range weapons. On the other hand, those looking for a safe and stealthy game should create a Siren class with ranged or blunt weapons.