V Rising offers you several different types of servers to choose from. If you are new or don’t have much experience playing servers, don’t be afraid. In this guide, we’ll take a look at the differences between each server type, as well as the different game modes.

Servers are essentially “worlds” where you play alone or with other players, and a game mode is a “set of rules” that is enforced on a server. First, let’s take a look at the types of online servers you can choose from. 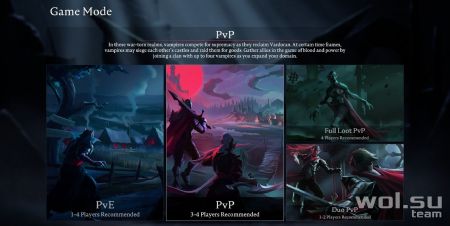 These are online servers hosted by another player. Here you will be able to choose from four different game modes, which you will learn about below.

On a PvE server, you won’t be able to fight other players. This type of server is perfect if you want to play with other players without the tension.

When you click on this option, you will see a list of servers to choose from. You will also be able to see the number of players on the server and the size of the clan.

PvP servers allow you to fight against other players, as well as create a clan with allies. In this mode, you can besiege castles and steal items.

Just like on PvE servers, you will be able to see the number of players and clan size before joining. 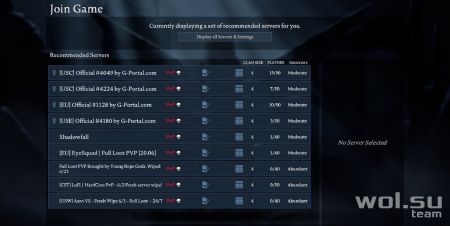 Next we have PvP servers with full loot. They are similar to PvP servers, however in this game mode you will lose everything when you die. If another player kills you, he will be able to loot everything you have lost.

This game mode is hard and many servers focus on this combat aspect of PvP rather than building and researching new technologies.

Finally, we have Duo PvP servers. This type of server is the same as a regular PvP server, but instead of creating a clan with three other vampires, you will only need to find one person. This is a great option if you want to join a PvP server but don’t have enough people to create a clan of four. 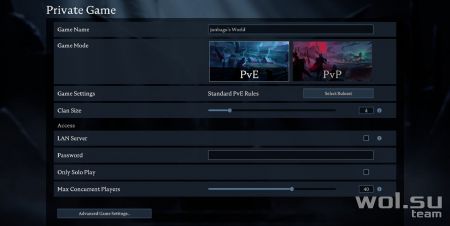 Private servers are exactly what they mean. These servers cannot be joined by random players and are great if you want to play alone or with a few friends.

By choosing “Private Game”, you can decide whether the server will be PvP or PvE.

In addition, there are several rule options that you can choose from.

Note: Private servers will only be active if the host is online. 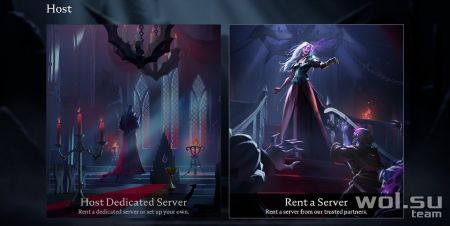 Finally, we have dedicated servers; they can be placed or rented. Dedicated servers are great for hosting more players as they are a computer that is only used for the server.

Note: Dedicated servers always work. This means that any player on the server can play, whether the host is online or not.

When you select “Dedicated Server”, you will be taken to a page that describes the process of installing a dedicated server yourself.

If you need a dedicated server but don’t have a powerful PC, you can also rent one from a V Rising partner.

It is important to note that this will cost money depending on how long you decide to rent a server. The price may be as low as $4, but it will go up if you rent a server for a longer period.

After installing a dedicated server, you can customize the settings to your liking.