Another season of Sea of ​​Thieves has begun, and with it comes yet another new attraction for you and your team. Like the skeletal fortresses scattered around the world, there are now sea forts for you to conquer, full of treasures and brutal, sword-slashing and trigger-pulling phantoms.

So what happens to these sea forts? How to clear them and get all the treasures hidden in various nooks and crannies? We’ll tell you everything we know about Sea Forts so you can maximize your supply of Ghost Gold.

How to complete the quest in the sea fort 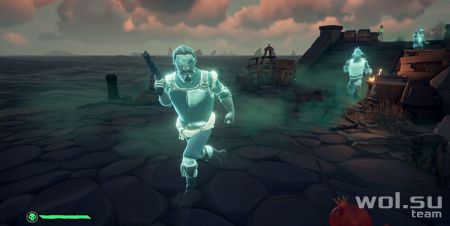 There are currently 6 sea forts, and the Ancient Isles, Shores Of Plenty, and Wilds regions have 2 each. Here is the full list so far:

The key difference between Sea Forts and Skeleton Forts is that Sea Forts do not need a World Event to be active. When you sail to a sea fort, there will always be plenty of enemies to fight and treasure to loot, unless the other team gets to it first.

When you arrive at the sea fort, you will immediately begin to shoot from numerous cannons. Their aim is usually terrible, but be prepared to repair your ship’s hull and stock up on water just in case. As soon as you get to the fort, crowds of phantoms will attack you. Shooting them with a blunderbuss or slashing them with a sword are effective ways to deal with them. It’s likely that they’ll drop ammo pouches when they hit, so you won’t have any trouble saving your weapons.

You will have to fight several waves of phantoms before the Fort Captain – the boss of the Sea Fort – appears. As far as we can tell, there isn’t much difference between a normal phantom and a captain, other than that it has more health and is slightly stronger. Keep shooting at him with cannons or hitting him with a sword, and eventually you will defeat him and hear triumphant music, meaning that you have captured the fort.

What to do with the sea fort 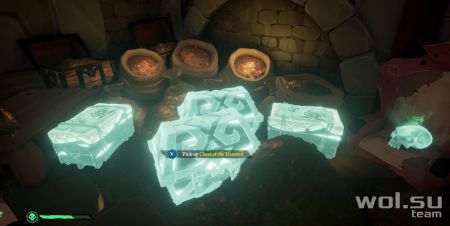 After the victory, the captain of the fort must drop the key to the fort’s treasury, with which you can open the treasury full of ghostly treasures. Inside you will find many chests of the damned, skulls of the damned, and ashes of the damned that can be sold to the respective trading companies. There will also be various regular chests, skulls, crates and artifacts, as well as piles of gold that you can pick up.

In addition to the treasury, on the top floor of the sea forts there is a pantry with additional treasures, which can only be opened with the key to the fort’s pantry. To find it, you need to dig through the fort and find it. There will be many cupboards, chests and other hidden compartments that can be opened to hide treasures or bags of gold. The key to the pantry will either be in one of them, or lie on the table. Once we even found him just lying on the ground. Each sea fort usually has a storage key hidden, find it and open the storage to get even more loot.

You will also notice a prison cell next to the treasure chest, which is now locked. It will say that a key to the prison cell is required to open it, but at the moment we have not been able to find this key in any of the sea forts. The Pirate Legends Journey will be added to Sea of ​​Thieves at the end of this season, so we’re guessing that the Journey might be related to these prison cells. At the moment, there doesn’t seem to be a way to get inside.

After you destroy all the phantoms and loot all the treasures, the sea forts can be used as a temporary base for your team. Here you can grill a few pieces of meat, fill tanks with grog, fire on other ships with the cannons of the fort, sleep on one of the beds and use the map that is on the wall. There are also several barrels here, filled to the brim with food, cannonballs, and wood. It’s a good idea to have a storage box on hand to fill it with everything the Sea Fort has to offer.

Finally, like most other activities in Sea of ​​Thieves, there are rewards that can be earned by completing certain tasks. Here is a list of the commendations you can receive for completing quests related to these sea forts: