There are three Scavenger abilities in LEGO Star Wars: The Skywalker Saga, also known as Scavenger Tools. It is a destroyer blaster, glider and net launcher, and they play an important role in overcoming various obstacles. However, in LEGO Star Wars: The Skywalker Saga, players cannot use Scavenger abilities right away, as they must be unlocked first, and this guide details how to do so.

How to unlock Scavenger tools

Players who are trying to access the scavenger’s tools just need to complete Episode 7 – The Force Awakens. Indeed, this episode has a mission called Scrap by Scrap that centers on Rey and BB-8, and fans will unlock all three scavenger abilities if they complete it. In addition, the mission contains a tutorial on how to use each of the tools, and by the end of the mission, fans should have a complete understanding of their usefulness.

How to use scavenger tools

Although the above tutorial is fairly complete on how to use Scavenger abilities, a few words on the subject may still be helpful. First, it’s important to clarify that unlocking the tools in Episode 7 will allow players to use them with all Scavenger characters. These include characters such as Chief Chirpa, Jawa, and Wicket, and the process for gaining access to abilities is the same for all characters. 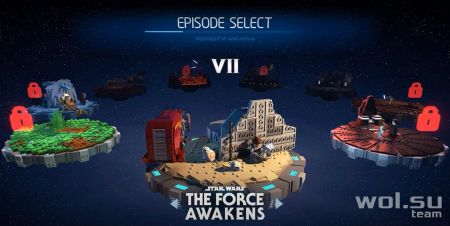 For complete clarity, this process begins by holding the button

to open the tools menu. Upon opening this menu, LEGO Star Wars: The Skywalker Saga players should highlight the Scavenger ability they are interested in and press the enter button that will appear below it. This action will cause the selected tool to be equipped and players will be able to use the inputs that appear at the bottom of the screen to activate the ability.

As for the specific capabilities of each scavenger tool, Launch Network allows players to climb objects with an “X”, Glider allows them to cross chasms, and Explosives allow players to smash walls with cracks. While the uses for these abilities are often fairly obvious, players should still be on the lookout. This is especially true for fans who want to get all of the collectibles in LEGO Star Wars: The Skywalker Saga, as many of them are available with scavenger tools.