Besides collecting items from the surface of Fortune III in The Cycle: Frontier, another way to get more resources is to mine. However, unlike other games where you have to hit the hitbox for several minutes, mining here is more practical.

It’s a unique resource gathering approach that might draw you in if you’re not familiar with it. For those who want to learn how to deprive the planet of its wealth in seconds and return home with pockets full of gems, here is a quick guide to mining resources in The Cycle: Frontier.

How mining works in The Cycle: Frontier 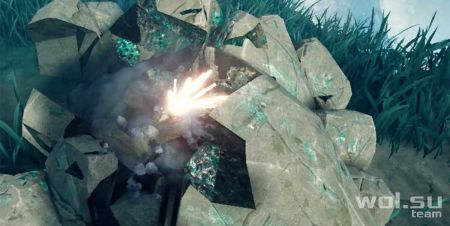 Usually in games where there is mining, you will often find yourself hitting nodes all over the map with a pickaxe for several minutes until everything breaks. At this point, all the ores it contained go straight into your inventory. In the game The Cycle: Frontier mixes things up a bit: instead of hitting a big chunk of the hitbox, you have to destroy everything around. This is because knots are made up of several pieces of stone glued together.

Inside these blocky structures are ores, and instead of completely destroying the mining site, you can break one or two pieces, take the shiny things inside and run away. This is a much faster and more streamlined process, and makes it a little easier to get your hands on valuable ores. Plus, in a game where every second counts, and where someone could stop at any moment and potentially shoot you, being able to save time on scavenging is incredibly useful.

Where are the mines 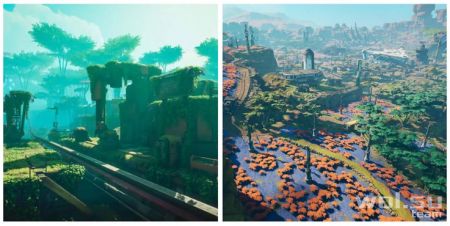 Although the location of the items to collect is completely random, fortunately the loot nodes have specific positions and you will easily know where to run to get what you need once you land on the Fortuna III. They are quite widely scattered around the map, but the same types of nodes tend to be quite close to each other. Therefore, it is not so difficult to collect a good harvest.

For example, Nickel is usually found in the south of Bright Sands, while Focus and Weltecite are found in large deposits in the northern part of the map. In contrast, Crescent Falls has an abundance of titanium ore, with the largest accumulations being found in the south and center of the map. It’s a much smaller battlefield though, so it’ll take less time to track it all down. Plus, since their location is always fixed, if you find a good spot, you can just keep mining it every time you drop.

Tip: There are interactive community-created maps that you can use to track loot nodes and other important locations. They also cover Bright Sands and Crescent Falls.

Page at The Cycle: Frontier 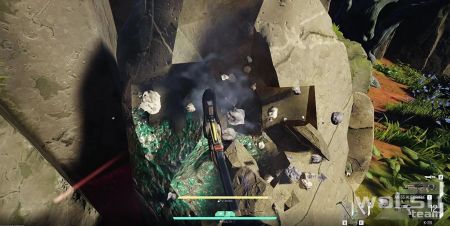 There are four different ores that can be mined on the planet, which are used to craft various items in the Gear Fabricator. From weapons to armor, attachments and more. Everything finds use aboard the space station above Fortune III.

At the beginning of the game, you will mainly be mining nickel as it is the most common ore and there are several faction missions based around mining it. But as you advance in the game and want to make something more powerful, you’ll have to hunt for rarer and harder-to-find ores. To make things easier, here are the best resources and how to apply them:

The most common mineral It can be sold to merchants or turned into altered nickel and used in crafting.

A rare element used in the manufacture of shields. Often found near water. Requires modification of the mineral scanner.

Found in the jungle and used to create miniature figurines. Requires modification of the mineral scanner. 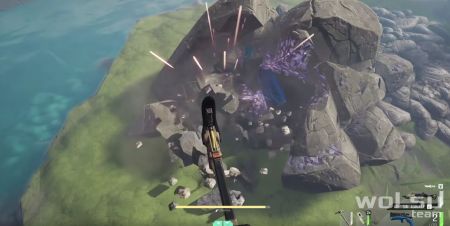 Mining in The Cycle: Frontier isn’t overly difficult, but with the sheer amount of loot to take while avoiding other well-armed miners, the need to mine often takes a backseat. It is simply necessary to clear Fortuna III for all its natural resources. Especially if you want to play with the fancy toys the Fabricator can make, so grab your pickaxe and get going.

Getting to grips with the mining mechanics in the game can be tricky considering there are plenty of other things to keep in mind once you get out of your pod. To facilitate the process of collecting these stone treasures, here are some useful tips for intrepid prospectors. 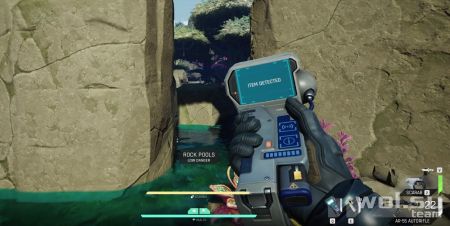 Once you exit the pod on Fortuna III, you should be constantly scanning, or at least every few minutes. The Mineral Scanner is a great way to find nodes. In addition, it allows you to keep track of where to move next in order to mine more fine ores.

This is especially important given that there are many other miners running around with potentially the same plans. Quite often, you may find that an area has already been cleared before you get there. But constantly scanning will allow you to keep track of where the nearest lot is and where other players might be if the nodes suddenly start to disappear.

Get a heavy mining tool 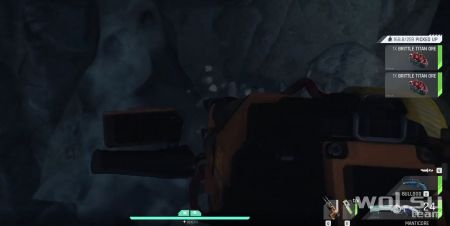 While your trusty pickaxe can handle the job, sometimes you need to use industrial equipment to get the job done faster. In The Cycle: Frontiers, this is heavy mining equipment. It can be purchased from the Queens Faction Shop for 600 Crypto Marks and two Faction Points.

An experimental and loud device, the Heavy Mining Tool punches through knots in seconds, allowing you to tear through rocks as you run past. It weighs 30 kg, so it’s a heavy toy, but it’s not too expensive. So you can replace it relatively easily if you have a bad run and lose inventory. 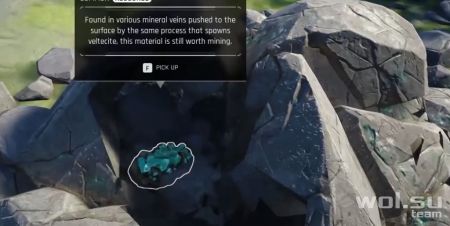 One good tip to know when you stumble upon a knot is to always look for the sparkly and shiny parts first. Because there are ores under them, and knowing this allows you to get to them in just a few seconds.

So instead of swinging a pickaxe or pounding with a heavy mining tool until the knot shatters like a stone blister, look for glitter. Their placement is pretty random, so it might take a second or two to figure out where the right place to strike is. With the right timing, you can burn down mining nodes in just a few seconds, instead of having to constantly watch your back while you beat off the chips. 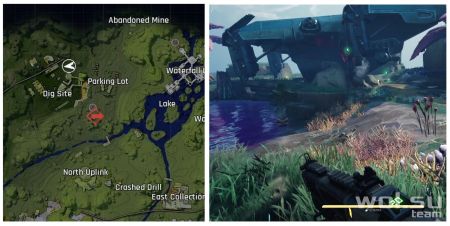 The last piece of advice to remember when mining is to always stay close to mining sites. Although the game spawns you in random places, it’s always worth knowing where to run in case of danger.

Since the server stays open and the player population is constantly changing, it never takes long for someone not to land in a pod in an empty space that was empty just a few minutes ago. It’s a good idea to always have a quick and easy place to evacuate nearby, ready to go if the area starts to get too busy. So keep that in mind when scouting for loot.