A notable feature in Dark Souls 2 is the presence of the Covenants. The purpose of these groups varies among their leaders, but usually the Covenants act as a way to introduce PvP combat. In the second game of the series, they are presented as organizations designed to protect a certain territory from invaders. One such organization is the Rat King Covenant.

As a member of the organization, you will have to protect the rats’ possessions with the help of traps and your own forces. However, before the Rat King considers your candidacy, you will need to prove your worth by defeating the Rat Guard Fighter.

Who is the Rat Guard Fighter? 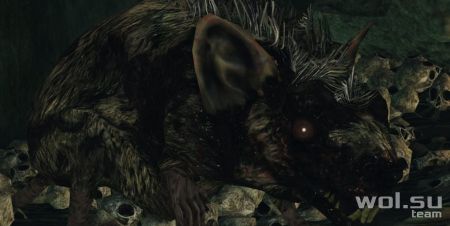 While exploring Dark Souls 2, you will come to the Tomb of the Saints. This place is a series of catacombs, interconnected by sewer pipes under a nearby city. It is full of various enemies and dangers that you will have to avoid. The most notable enemies are the rats, which are weak but tend to attack in droves.

This can be seen when you reach the end chamber filled with rat statues. As soon as you enter, the rats will start to fill the room, followed by the Rat Guard Fighter. Other than the mohawk on his back, this boss rat will be completely indistinguishable from the rest. By defeating him, you will earn the favor of the Rat King.

How to defeat the Rat Guard Fighter 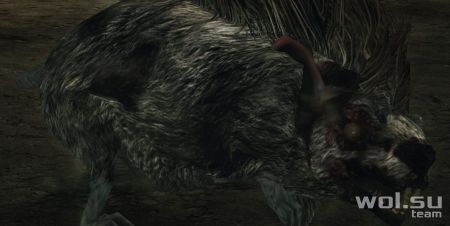 This boss is unique in that it fights in a group. However, no matter how many rats you defeat, the Royal Rat Vanguard’s health counter will only decrease if you attack it. There is no point in wasting time and energy killing other rats, as they will endlessly break into the room. Aside from the mohawk on its back, which is hard to see in the dark, the boss rat’s only difference is that it doesn’t have a health bar above its head when attacked.

Tip: In order not to be overwhelmed by the number of enemies, use fast weapons and light armor. The boss is resistant to poison but very weak to fire, so using pyromancy like Immovable Flame can be very effective in taking down rats and the boss.

Because they are rats, they don’t have a complex strategy or set of moves. They have two main attacks, which they use in no particular order. The first is a “lunge” attack where they run forward a short distance for a quick strike. However, their more devastating attack is their bite, which they use by raising themselves up and then slashing towards you.

While these moves are not a problem individually, all rats are plagued, meaning they can cause Petrification. The damage is low, but Petrification can build up quickly with multiple hits. The kingrat vanguard is especially dangerous because their attacks cause a lot more Petrification, so be careful.

Tip: Be careful not to hit at random, as hitting the statue can cause a short-term stun. When you spot the Royal Rat Vanguard, lock it down if you can and focus on making quick work of it. Once you do that, all the other rats will retreat.