When you wake up in The Cycle: Frontier’s orbital station and take your first steps as a prospector, you’ll find the battlefield waiting for you below. Frontier III, the planet you find yourself on again and again, is a dangerous place full of monsters, chaos and other heavily armed rivals out to get what you have.

Jumping into the game without any preparation or knowledge of what’s in store for you can lead to a rather frustrating and chaotic experience. So to make this planet transition a little smoother, here’s a handy guide to PvP in The Cycle: Frontier.

How does PvP work in The Cycle: Frontier? 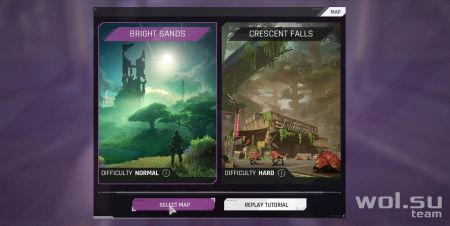 The first map is larger than the second and is a bit like Escape from Tarkov. In it, you have an absolutely gigantic map to explore, with new players constantly arriving. There is no timer, and you can wander around the map for hours if you want, but during this time the number of players will constantly be replenished with new participants, so it only becomes more dangerous. Places that were previously empty may now have one or two more heavily armed explorers. 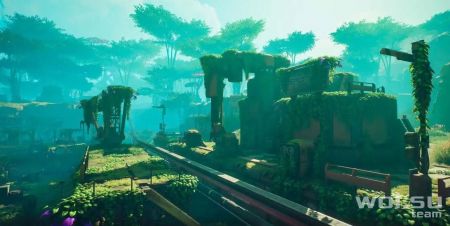 The Light Sands map in The Cycle: Frontier is the largest map in the game and is set to Normal difficulty. Therefore, most people usually play it until you get enough gear to raid a harder map for better gear.

It’s a pretty diverse mix of exotic locations, abandoned mining camps, and research stations where you can find a lot of loot if you know where to look. The danger zones are also quite varied, ranging from low to high, the closer to the center. There are plenty of great ambush spots and sniper nests here if you like long range play. However, if you want to evacuate, you will have to go through quite a lot of terrain. 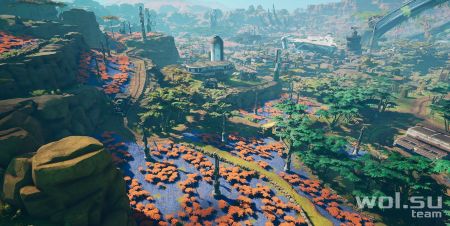 The PvP that awaits you at Crescent Falls is a completely different animal. The map is smaller, with more high-risk areas, and you’re rarely a few steps away from another firefight. This is where more experienced players hunt. So if you want to test yourself or die quickly, try running there for a while.

But those who are ready to venture into this chaos will be rewarded with great rewards. The Crescent Falls map has more exotics to collect and more powerful creatures that can be hacked apart for loot. In addition, there are more chances to get elite equipment from other players that you can destroy. But good luck getting back to the Dropzone safe and sound. 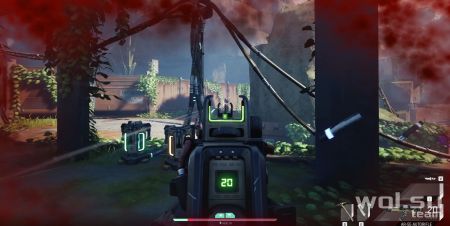 PvP in The Cycle: Frontier takes a lot of practice to get used to, don’t expect to be able to start killing right away, as a long firefight should always be a last resort. Especially since it only wastes ammo and draws attention to your position.

But for those who want to maximize their killing methods, here are some useful PvP tips. We hope that some of them will help you stay alive when you manage to get to Frontier III.

Think About Your Gear 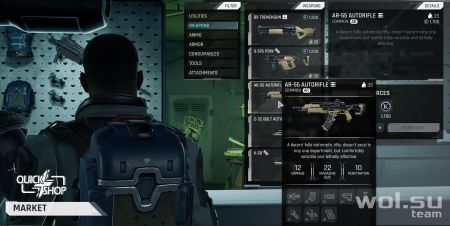 It’s pretty easy to turn and burn sessions in The Cycle: Frontier, especially considering how quickly death can hit you out of nowhere. But this is a beginner’s mistake, because if you shoot back from the planet, this will lead to the fact that the pockets are empty, and expensive equipment will remain rusting on the planet or in other people’s pockets.

Take the time to think about your current gear and what you’ll need. For PvP, you need to focus on armor, a decent helmet, combat and health stims, and reliable weapons. In addition, choose a weapon that suits you, complete it with attachments and insure it so as not to lose it. Or, if you can’t afford it and are still struggling, try the cheaper boomsticks. After all, death takes everything, and you don’t want to lose the fancy firearms you’ve spent a lot of time mining parts and credits for. 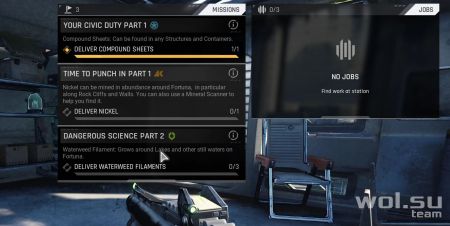 Another great tip is don’t ignore faction quests. There are three of them, between which you can switch. These are ICA, Osiris and Kordlev, and you can find them in the Center area. They each have some pretty powerful pieces of gear locked behind influence requirements. Therefore, you will need to earn the favor of a certain group if you want to play with their fancy toys.

While it takes a lot of time to earn influence with a certain team, it allows you to get your hands on one of the best weapons in the game. Though the power levels of specific weapons differ depending on who sells them, so it’s worth doing some shopping. For example, machine guns from ICA deal slightly less damage than machine guns from Osiris, but they have a wider selection. Cordleves’ industrial gear hits hard, but there aren’t many different weapons to play with. Do some research on which crowd you want to trust in order to get the rewards that suit you best. 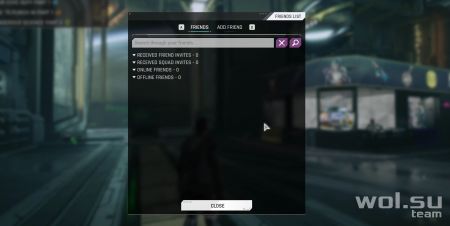 If you want to easily get the better of your opponents, the best The Cycle: Frontier tip worth knowing is to bring a friend with you. Having an extra player to watch your back can make a big difference. In a game where the best runs can be over in a matter of seconds, any extra pistol will help you in the firefight.

Inviting a friend is very simple: he will appear in the center, and you can schedule his delivery from the station. Everything is simple, easy and allows you to immediately dive into the battle without any hassle. Plus, with a squad of friends, you’ll be able to handle some of the game’s tricky hidden features, such as roaming Alpha aliens or giant laser drills that can be called in to mine exotic resources, but that requires defending for a few minutes. 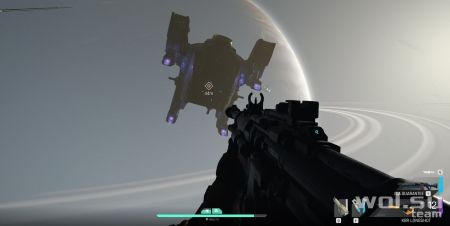 If you need quick kills, then you can try a sneaky tactic: loitering around the extraction zones. Since new players are constantly moving in and out of the map, these places can get quite busy.

Evacuation ships are big and loud, so it’s pretty easy to spot when they’re coming and ambush some hapless Prospector trying to get home. Although, if you plan to do so, remember to act quickly when you see the target, as the escape animation will only take a few seconds and ferry them to safety. Also, if someone boards the ship, you can’t follow them, otherwise the game will just evacuate you too. 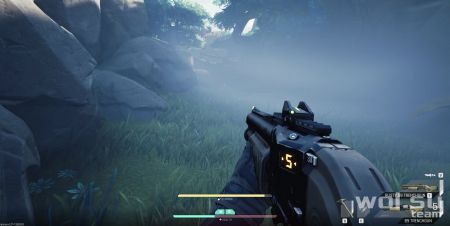 This may seem counter-intuitive, as your first instinct upon entering the game is to start running around like it’s Warzone or some other battle royale match, but you’ll only die if you do so. If you slow down once your feet hit the ground, you’ll stay alive and your pockets will fill with loot that can be dumped onto the extraction ship.

Stealth is generally encouraged, because the game places great importance on sounds. Shots carry far, footsteps echo, and frequent paths in the bushes cause flocks of aliens who will happily tear you apart. Crouching removes footstep noise, allowing you to get much closer, if not completely bypass, these marauding monsters, as well as spot other Prospectors that may be lurking nearby. 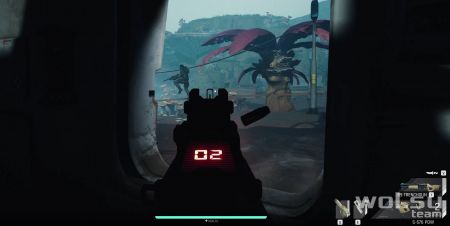 It may sound cruel, but you really shouldn’t show mercy to other players. Unfortunately, as much as the game wants you to try to make peace with other Prospectors or warn them with emotions, most players react the same way when they see you. They pull the trigger until you stop moving.

Therefore, do not be upset if you open fire on everyone you meet. In addition, you will receive free equipment when you approach the inventory of your victims. However, don’t get too bold, as you may run into someone who is much better equipped, so do as you please. Although if you are spotted, it is better to open fire before they do, because they will always shoot first. 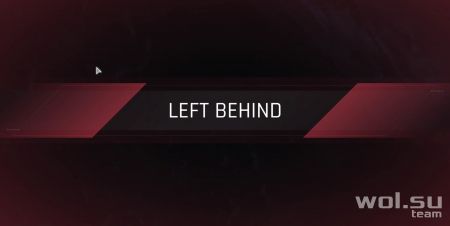 When it comes to combat, there’s a hidden mechanic that not many people know about, and that’s how the game works with damage and bullet penetration. Not taking advantage of this and focusing on the damage numbers will lead to some pretty nasty and confusing collisions during gunfights as the game never tells you that this feature is available.

If the person you’re attacking has the same armor color as your weapon, they deal 100 percent of the damage your weapon does. If the weapon you are using is of a higher level, you deal extra damage because your bullets are better than your target’s armor. However, if your weapon is lower level than someone’s armor, such as Common vs. Exotic, you won’t be able to deal full damage with your weapon. How much damage reduction is unknown, but it’s enough to make some weapons completely useless against certain types of armor.