MADiSON features some monstrous puzzles to balance out the tense scenery set around the haunted house. Despite hints of nightmarish creatures lurking in the darkness, players may find themselves stumped by the dumb numbering required to progress further.

How to solve the portrait puzzle

In the attic, you need to collect four paintings and hang them on the wall in the correct order. However, the solution to this puzzle is not just to match the contours of each frame, but also to avoid the terrible scary moments of MADiSON.

All four pictures can be obtained by rummaging through the locations a bit, but their location changes with each playthrough of the game. The solution to the puzzle changes between playthroughs, but the concept is always the same, so players should read each step carefully and don’t try to copy image links. 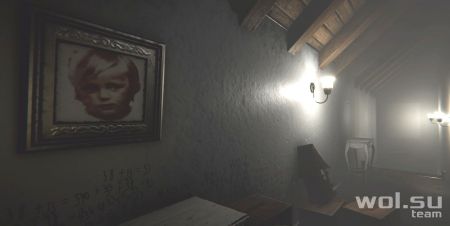 Found already on one of the walls in the attic. It is important to remember that it can move around depending on the progress of the game, but it will always be on the wall and ready to solve the puzzle, so it does not need to be put in inventory.

The diamond portrait can also be found in the attic near the bed frame. It is hidden next to the table on the left side at the entrance and has a written message on the back. To save space in the inventory, players are advised to take it only after all four portraits have been found. 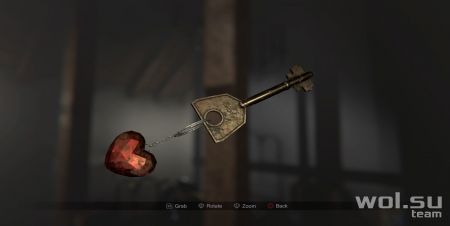 To move forward and find the other two portraits, take the heart key hanging from the corner beam. This key can be used to open the grandparents’ room in the adjacent corridor, which is signaled by a black and white image of two people hanging on the door.

A hexagonal-shaped portrait can be found in this room, but cannot be opened until a later point. By photographing a prominent sliding wall, you will know its location, which opens if you arrange all the medallions in the correct order. 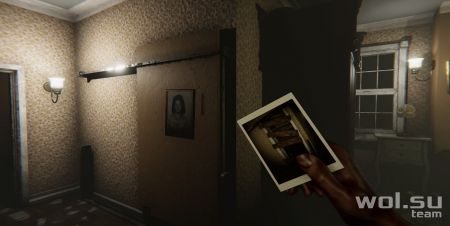 Once in the grandparents’ room, interacting with the large closet to the left of the double bed, you will find a bunch of photo slides. The path to the round portrait is behind a spooky statue (as described in the Locket puzzle guide).

Behind the slide projector is Grandpa’s office; inside this room, a round portrait can be found on the wall used in the attic puzzle. There are also green and red safes in this room, but they cannot be opened at this stage of the game.

As shown above, the fourth and final portrait can be obtained by collecting all three medallions and placing them in the diorama in the grandparents’ room. Once the correct order is used, the door will slide out of the way. Players will need a hammer to remove the wooden boards enclosing the door.

Once the painting is taken, quickly open the hatch that was just opened to reveal another story-critical prop. After examining the locket, several spooky events will occur, so be on the lookout for flickering lights and moving statues. 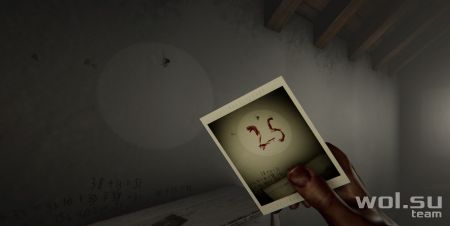 Once all four portraits have been obtained, return to the attic. Along the way, players can see Madison in the statue’s alcove, but she cannot attack the player. Once upstairs, players can use the Instant Camera to take a photo of the blank pieces on the wall, which will cause a number to appear on the photos.

Several clues were given to point players in the right direction, such as a sudden TV broadcast and a number that can be seen by looking through a hole in the wall in the attic. Both clues reveal the number 43, which adds a lot of context to the note in the attic photo about “adding and subtracting” age. 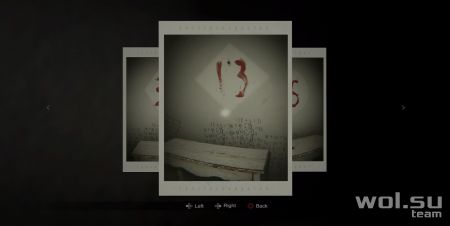 The age written on each picture frame will need to be added to or subtracted from the hidden numbers on the wall. In general, each portrait needs to be put back in place for a total of 43. The numbers and their placement will change between playthroughs, but here’s a quick numerical guide for players:

When all the portraits are placed correctly, the light will flicker in the attic. After this challenging puzzle, players can once again examine the hole in the attic wall, which will lead them to the next spooky location.