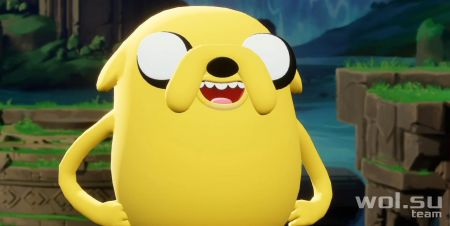 Since Cake is only a cosmetic change, players should take the time to learn the best tips and strategies for Jake before worrying about unlocking this change. Jake’s melee attacks provide him with incredible range compared to other melee characters, making him a great counter to use against them. In addition, being a melee character, Jake has some advantages over characters who use only ranged attacks and require the use of projectiles.

The MultiVersus Battle Pass is incredibly slow to level up at the official launch of the game, making it hard to get Cake. To unlock the cosmetic skin, players need to reach level 15, which is the last level of the pre-season Battle Pass. While XP can be earned by playing matches, the fastest way to level up the Battle Pass is by completing a daily quest. Players will receive 600 XP for completing the daily quest, and it will be difficult to earn it by playing matches only.

To unlock all items in MultiVersus, players need to reach level 15 in the Season 1 Battle Pass. Skipping any of the Daily Challenges can make it difficult to earn missing experience points, as many matches will have to be played to make up the difference. Unlocking Cake does not provide any additional benefits over Jake the dog in MultiVersus, so players may want to consider this information before making the ultimate Battle Pass purchase.