Metal Gear Rising: Revengeance uses an addictive blade combat system as players take control of the cyborg Raiden. While it offers a different thrill compared to the more tactical espionage in other Metal Gear games, Revengeance does a poor job of explaining some of the more important components of hand-to-hand combat. This allows players to intuitively explore combat on their own, but some feel it has a negative effect on gameplay. However, Metal Gear Rising’s memetic status has gained notoriety since the game’s release, resulting in gamers constantly coming back to it.

As the Revengeance game progresses, with the cyborg protagonist fighting difficult bosses, the need to parry and dodge attacks becomes a necessary aspect of defeating high skill bosses. The lack of tutorials and in-game hints can leave players confused, but this guide will help explain command-sensitive hints to any frustrated players.

How to parry and deflect blows 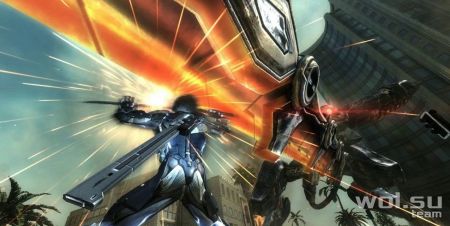 The first point where Revengeance players are most likely to need Parry skills is the Bladewolf fight, but knowing this skill right from the start can greatly increase the effectiveness of the game. To effectively parry enemy attacks, players need to block them by moving in the direction of the enemy (in relation to the camera) and pressing the attack button.

It doesn’t matter what the attack looks like, it only matters where the enemy stands. If you look directly at the enemy, the player needs to hold the “forward” button, if he is standing on the left – press “left” and so on. As long as Raiden is directed as if running towards the enemy, he will be in the correct position to reliably block enemy attacks and heal in the heat of battle.

There’s also a useful visual cue to let players know when it’s time to parry: a flashing red light. The red light that flashes before any incoming attack indicates the time, and the direction the light comes from is the direction in which to parry. Therefore, it is possible to survive simply by observing the red light and parrying correctly, which is useful during boss fights such as Monsoon. 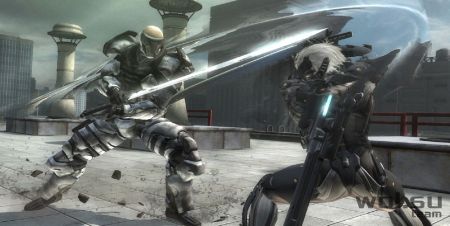 Note that parrying an attack is different from parrying a counter attack. A standard parry requires the steps above to block an attack, but it is possible to parry an attack and subsequently stun enemies after they attack. This requires precision and timing, but can give players a valuable advantage during close combat.

Parry-counterattack requires a perfect counterattack, for which you need to press the button just before the enemy strikes. Raiden’s useful Offensive Defense ability unlocks mid-game, so players won’t have this ability from the start. However, since it doesn’t cost that many points, players are advised to acquire it quickly to improve their chances against difficulty spikes later on.

The controls are different in different versions, but they are available through hints in the in-game tutorial. The basic controls are to move the joystick/mouse in the direction of the parry and press the command button (X on Xbox and Square on PS3) to successfully defend Raiden during the fight.

How to dodge, roll, and cancel punches 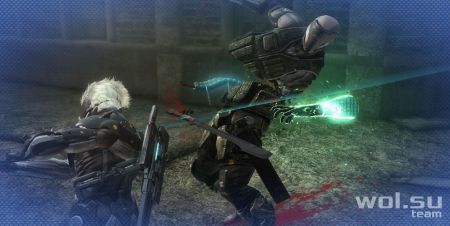 Dodge/roll is another important part of powerful Revengeance combat scenarios, but there is no dedicated dodge button on the game controls. Instead, dodging depends on the player’s reaction and dexterity, just like parrying.

Effective use of the parry command allows you to block most attacks, but in order to dodge unblockable attacks, you must use the Attack-Defend movement. For PS3 and Xbox 360 users, move the left analog stick in the direction of incoming attacks. Press the X button for an XBOX controller or the square button for a PS controller to successfully dodge.

Players can also “undelay” Raiden’s attacks by pressing the Blade Mode button while using them. A quick press of the button allows Raiden to enter and immediately exit blade mode, reducing the time against attack windows compared to a dodge move that cancels the command.

Players should be aware that some attacks make it impossible to cancel the blade. This is not a glitch, as hit cancellation is an intentional game mechanic. Despite Platinum Games’ experience in creating fighting games, this feature depends on the player discovering this technique for himself.