The Armor of Odin is a brand new piece of equipment in Assassin’s Creed: Valhalla and can be obtained from the Dawn of Ragnarok DLC. One of the unique things about this armor set is that it is the only set that can be purchased with in-game currency, meaning players don’t have to scour Svartalfheim to find all five pieces. In addition, Odin’s armor has several unique perks that turn Odin into a powerful force by exploiting the weaknesses of his enemies.

How to get the Odin armor in Assassin’s Creed: Valhalla

The only way to get Odin’s armor in the Dawn of Ragnarok expansion is to complete the Valkyries trials in the Domain of Punishment on the Heroic Scientist quest. Kara is a Valkyrie herself, and she controls the battle arena, which can be accessed at any time in the new expansion. Its domain is located in the western territory of the Svaladal region, namely in the southeastern corner of the territory. Kara’s domain is a bit difficult to access in the highlands, so players are better off using the power of Odin’s raven to get to it. After that, players will be able to quickly get to the arena from anywhere on the map. 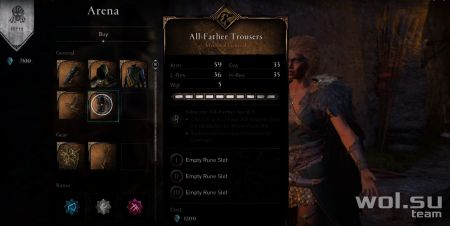 Each item in the Odin Armor set costs 1,200 Smite Tokens, which can be earned by completing Valkyrie Challenges. By applying up to four boosts, players can increase the challenge’s difficulty and receive greater rewards upon completion. Using more than four boosts will not bring more rewards, so it’s best to limit yourself to four boosts at a time. New boosts can be unlocked by completing heroic sagas throughout Svartalfheim, and by applying four boosts, players can earn enough tokens to purchase all five armors after four playthroughs.

The Dawn of Ragnarok DLC for Assassin’s Creed: Valhalla also allows players to upgrade their armor from Mythic quality to a new Divine level. Upon purchase, all five pieces of armor will already have a mythic level and can be improved at the blacksmith with a new platinum ingot.