Tower of Fantasy has a variety of relics for you to try out. The game has relics to help you defeat enemies in combat, move around the map easily, and interact with items to get rewards. The Magnetic Pulse Relic is one of the many available in Tower of Fantasy and you won’t want to miss it. The only problem is finding it.

How to get the Magnetic Impulse relic 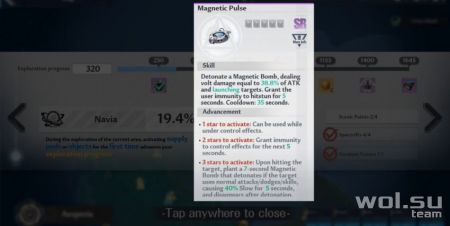 As you explore different areas of the map, you will earn intelligence points for the region you are in. As you accumulate points, you will receive various rewards. To get the Magnetic Pulse relic, you need to collect 660 intelligence points in the Navia region. These points can be obtained by completing the Ruin dungeons, finding supply pods, opening space lifts, and more. Just keep exploring and eventually you will get enough points to unlock the relic.

What does the Magnetic Impulse relic do?

The Magnetic Pulse is one of the relics meant to be used in combat. This relic is noticeably weaker than others you can get, but is still a viable option due to its ability. Magnetic Pulse detonates a bomb that deals 38.8% ATK and knocks enemies into the air. This relic also grants you immunity to hitstone for five seconds upon activation. The relic can be used once every 35 seconds.