Magic Banger (Music Banger) is a unique relic in Vampire Survivors that allows players to constantly change the music during scene selection. This is a new item that was added in the recently released patch 0.5.2, and which players will only need to pick up once in order to use it. While this is just a small change to the game, fans may find it enjoyable to be able to control the game’s music options for the first time since the launch of Vampire Survivors.

With the help of the game, the music will no longer be tied to the characters, stages, or weapons chosen by the players. For example, specific in-game music is usually tied to characters such as Exdash Exiviiq. Once players have the Magic Banger, they can choose the music they want to listen to in the background of the game, at any stage, with any character or weapon.

In addition to being able to choose which track will play in Vampire Survivors, Magic Banger also gives players access to three different variations of any track. The normal version of the track will always play as intended, but the “hyper” version will speed up any song in the game. Conversely, the “forsaken” variant has the opposite effect in the game and slows down whatever background music the players choose. These changes will not affect other aspects of the game, such as weapon evolution in Vampire Survivors, but they will add an extra creepy tone to any scene.

Where to find Magic Banger in Vampire Survivors 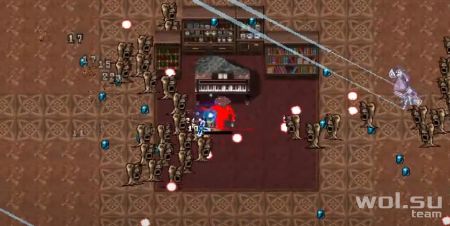 Magic Banger will always be found in Inlaid Libray, even if players were unable to obtain the Milky Way card. This is great for those new to Vampire Survivors because a simple trick will lead them to the location of the relic. The Magic Banger is on the far left side of the scene next to the piano. In addition, it is guarded by four witches, so players should be prepared to search for the musical relic in Vampire Survivors.