In this part of our Resident Evil 3 walkthrough, we’ll leave Jill Valentine’s apartment, find a rooftop parking lot, and meet Carlos for the first time. 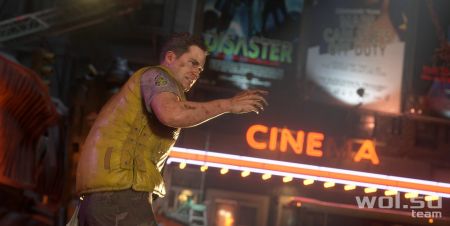 After watching the introductory video, we wake up from a dream as classic Resident Evil character Jill Valentine. You might be taken aback by the first-person perspective, but it won’t linger for long. Jill’s apartment opens the game, but you can’t interact with anything yet. So head to the bathroom where the lights are on and work on the faucet.

Turns out it was just a nightmare! When we wake up, we find ourselves in the same room again. However, this time you have the option to interact with certain items in the apartment. Once you’ve done that, head back to the bathroom and turn on the light.

After another short scene, the phone will start ringing. He’s standing by the bed, so go and answer the phone. Brad Vickers tells us that we must leave the apartment immediately, but before he can finish talking, Nemesis will make his grand entrance.

Once you have regained control of Jill, head towards the exit. Jump out the window in the next room, go down the fire escape and return to the room below you. Everything is very linear, so you shouldn’t have any problems with where to go next.

After the next scene, you will repeat the process and eventually find yourself on the street. Of course, after you once again run away from Nemesis. 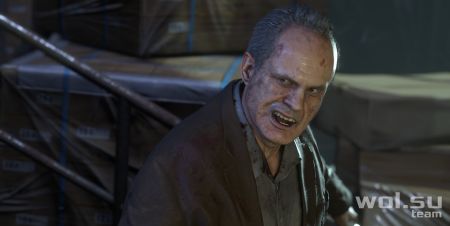 Once you’re outside, head to the brightly lit Liquor Store where you’ll meet Brad Vickers. Follow him to the cinema and then turn left to face the first zombie horde in the game.

They will quickly destroy the metal barriers, so immediately turn left and follow Brad to Jack’s Bar. This is where we’ll leave our beloved hero, so head down the back alley and make sure you pick up the gun from the corpse in front of you.

A zombie will appear behind you and you will be prompted to shoot it. However, we do not recommend that you do this, so save your ammo and head in the direction where you originally ran, as even more undead will quickly appear there.

Crawl under the sign, go through the gate to the left of the school bus and go up the stairs through the white door. Here you will encounter a certain character, which we will not talk about.

After talking with him, go through the yellow door to the exit, remembering to pick up pistol cartridges on the barrel along the way.

How to get to the rooftop parking 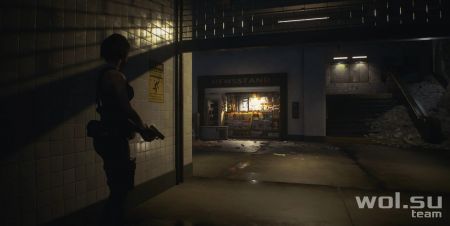 Once you’re back outside, crawl under the broken fence and head to the elevator in front of you inside the parking lot.

We made it to the roof unharmed and there is a helicopter here to rescue us. Game over, right? You are wrong. Nemesis reappears to ruin Jill’s day, at which point you’ll need to complete a couple of quick events.

Press the X button three times to start the engine, then press and hold R2 to steer the car straight at the meddlesome Tyrant.

Now Jill will meet Carlos for the first time, so follow him along the subway until you come across a train car containing members of his team.

Exit to the surface

The next task you have to solve is self-explanatory. Simply head up the stairs to street level and you’ll come across the first save room in the game.