In Genshin Impact, Kamisato Ayato has finally been added for version 2.6, and knowing his Constellations is integral to his creation. Ayato has been a popular character even before his announcement, thanks to his attractive design and the fact that he is the brother of Kamisato’s beloved Ayaka. For many players who are hoping to collect multiple copies of it, knowing Ayato’s Constellations and how they work will help players understand what benefits they get with each copy and how they change his gameplay.

The best constellations of Kamisato Ayato in Genshin Impact 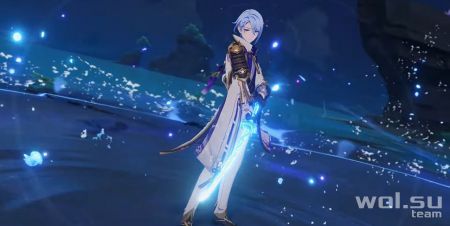 The description of Ayato’s Constellations is much simpler than most of the new characters in Genshin Impact, so players should be able to easily understand what they’re doing. Here are all the Ayato Constellations and how they work:

Damage dealt by Ayato’s elemental skill is increased by 40% against enemies with less than half health.

The maximum number of stacks available during Ayato’s Elemental Burst is increased to five, and Ayato’s maximum health is increased by 50% if he has at least 3 stacks. This allows Ayato to gain a significant health boost and deal more damage when using Elemental Burst.

After using the Elemental Skill, Ayato’s attacks deal an additional two hits, each dealing 300% of Ayato’s ATK as DMG. This means that Ayato is getting a huge damage boost based on his ATK, which means Ayato level C6 players should pay more attention to boosting his ATK.