Age of Mythology is a spin-off game from the Age of Empires series. Instead of players focusing on historical events, the game focuses on events based on the legends and mythology of the Norse, Greeks and Egyptians. Age of Mythology originally had two expansion packs that added two new cultures to the game, the Chinese and the fictional Atlantean culture. Age of Mythology works like other games in the franchise: players choose the civilization they want and work to build their forces to attack and capture rivals.

A unique feature of Age of Mythology is the inclusion of important deities in the gameplay. All deities offer unique units, technologies, bonuses, and a one-time special ability called “god’s power” that aids the player by either benefiting them or harming their enemies. Each culture has its own set of gods and its own unique way of getting “favor” from those gods. Favor is needed to research Mythic technologies, build certain Wonders, and train Mythic units. 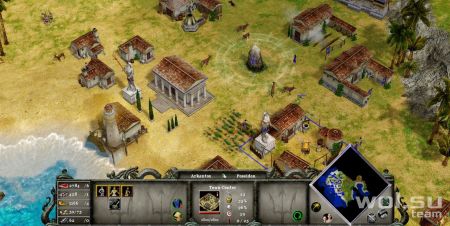 The Greeks are the first culture the player will encounter in the game’s campaign. Their three main gods are Hades, Poseidon and Zeus. Before the game begins, players choose one of these three gods. Greeks earn favor by getting their villagers to pray to their gods in a temple. By clicking on a villager and then right-clicking on a temple, you can send him to pray.

The more residents go to the temple, the faster the favor is earned. Of all the ways to gain favor, this one is the easiest and does not require any resources, but it also has a downside. While villagers are praying, they have less opportunity to complete other tasks, so it’s best to dedicate only a handful or so to prayer. 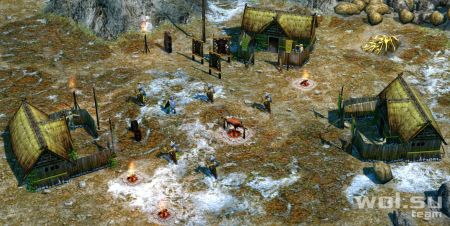 The way to gain favor with the Norwegians is through their martial prowess. They gain favor when they damage all units and almost all buildings. Each building and unit type has a total amount of favor received:

Players will gain the most favor by dealing damage to the Wonder of other cultures. Norse heroes earn double favor when they deal damage, and gersirs generate a steady stream of favor just by existing. Hunting also counts as damaging animals, so workers can also be used to gain favor. 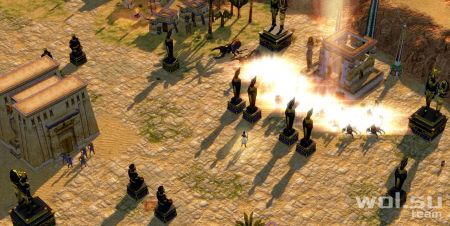 Egyptians earn favor by erecting Monuments, economic buildings that can be built during the Archaic Age. They cost gold and food and are built by workers. There are five types of monuments, and each of them brings a different amount of Favor. There is an order in which the monuments must be built:

The Monument to the Gods generates the most Favor at 6.9 Favor per minute. Once the monuments are completed, they provide a constant and steady source of favor until their city is sacked. If the player chooses Ra as the main god, the bonuses he offers help with monuments: they cost 25% less and give 20% more hit points. Workers are the slowest workers in each culture, so strategy is important when planning monuments. 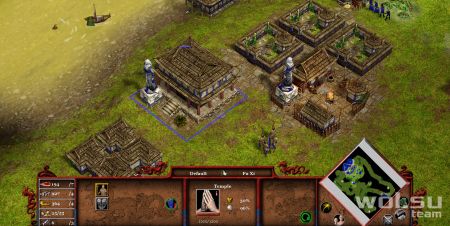 The only way to gain favor with Chinese culture is through Gardens, which can generate Favor at a rate of 2.85 per minute. Gardens require fewer resources to build compared to Egyptian monuments and can generate any other resource. However, Gardens can only generate one type of resource at a time, so if the player changes one Garden, the rest of the Gardens will also be changed. Choosing Nu Wa or Fu Xi as the main god gives certain bonuses to the Gardens and their construction.

If you choose Fu Xi, Gardens will require less wood and speed up the construction of all buildings with Blessed Construction. Nu Va will increase the Gardens’ favor generation rate by +20% and make each Garden give +1 population. If the player builds all 10 Gardens and chooses Nu Wa as their Primary God and He Bo or Dabo Gong as their Minor God during the Heroic Age, the Gardens will be able to generate the most Favor of all methods. 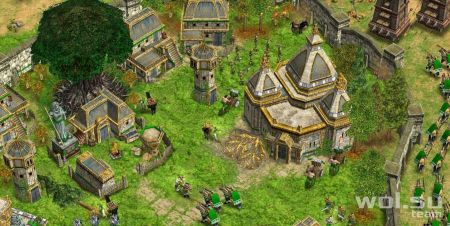 Atlanteans gain favor by building city centers, and at the start of the game one of them is already built. City Centers, like Monuments, provide continuous Favor generation after they are built. Thanks to Gaia’s “god power”, trees provide 200 wood instead of 150, allowing the player to build city centers faster.

If Rhea is chosen as a minor god in the Heroic Age, players will have the opportunity to research the technology of the Atlantean myth – Horns of Initiation. Horns of Consecration will allow City Centers to generate favor faster by 10%.