Winning a match as a Survivor against a Puppeteer in Evil Dead: The Game is not easy, especially when the opponent’s Demon is maxed out, but there are a few tricks that can help against this class. The Puppeteer’s active skill, combined with the reduced duration, can mean that the enemy is constantly wielding units with increased health and damage. To defeat the Puppeteer, the Survivors team will need a good strategy to limit the number of units that the Puppeteer can summon or possess.

Like the Warlord and Necromancer demon classes in Evil Dead: The Game, the Puppeteer can summon Basic, Elite, and Bosses during a match. Daedith Berserker, Demi Eligos and Eligos have their own passive skills and abilities that can be enhanced by spending points in the skill tree. Those who decide to play as a Survivor should study the Puppeteer skill tree to help develop a good strategy.

Once leveled up, the Puppeteer becomes arguably the most difficult demon class to defeat in Evil Dead: The Game. The puppeteer’s abilities increase the amount of fear that Survivors receive when attacking a Possessed, as well as the damage and health of this unit. The passives unlocked by leveling up the puppeteer amplify these buffs, so survivors should be able to quickly banish any Possessed. 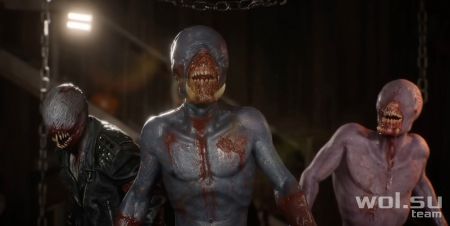 One of the best Evil Dead Survivors to team up against the Puppeteer is Ash the Hunter as he has the ability to turn any possessed Survivor or base unit. In addition, if this skill is used on an elite or boss unit, infernal energy will be drained from the demon. This active ability is extremely useful against the Puppeteer, as many of his skills and upgrades depend on possession.

Dealing with the boss Eligos is not easy, as he is invisible while moving. When Eligos spawns, it’s useful to have a high level warrior nearby to take some of the hits and deal a lot of damage. Damage can also be increased by the Leader, similar to Ash Williams (Ash vs Evil Dead). To avoid constant battles with the elite and the Possessed throughout the match, the Survivor team needs to quickly complete tasks.

To start the game, one of the Survivors must head to the first section of the map, and the rest must cover the area around him. Map areas spawn close together, so coverage should allow Survivors in Evil Dead: The Game to quickly move on to the next area. It’s usually easier to split into two groups and deal with the pages and the dagger at the same time. However, this can be difficult if there are no suitable Survivors to fight the Puppeteer. If possible, players should split up, complete tasks to temporarily banish the Demon, and then travel to the last section. Defeating the Puppeteer and winning the match will be easier if the Survivor team quickly completes the tasks and has a Warrior class character, as well as Ash the Hunter.