There are many stages to unlock the true ending in Tunic, but finding all the secrets and deciphering the instructions are important parts of the game. The only way to see the true ending is to collect the entire manual, which means looking for collectibles, solving intricate puzzles, and carefully exploring each area. Tunic has many hidden paths and secret rooms that are not visible due to the camera angle, so players often have to move out of sight to find something.

The instruction manual is a collectible item in Tunic that serves as an introduction to new mechanics and puzzles. At the beginning of the game, players will find pages that teach basic functions, such as how to increase stats in Tunic. However, as you progress through the later stages of the game, notes and scribbles in the corners of various pages become more important parts of the book. While the maps and item explanations are helpful, the hardest pages to find are those that take a close look at the less obvious parts of the manual.

To collect all the pages, players need to find all the graves of the heroes after turning into a ghost. Visiting all the graves of the heroes will return the fox to its corporeal form and restore all improved indicators. During this stage of the game, players will also need to complete more difficult tasks, such as opening the Mountain Door and finding the fairies. Once the instructions in Tunic are fully assembled, players will need to defeat the Scion in the final boss fight to unlock the true ending. 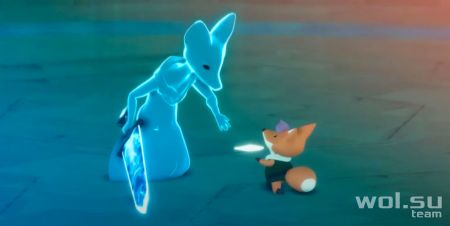 Before entering the arena to fight the Scion, players must make sure they have the Carrion Mask ability card. This map can be found in the monastery in the northernmost part of the Quarry. Some of the Scion’s attacks have the same effect as the health drain crystals in the Quarry, so having the mask gives the fox a big advantage. When players are ready, they can enter the Scion Arena by praying at the central fast travel platform in the main hub. After a short scene, the final battle will begin.

During the first phase of the battle, the Heir uses several sword attacks, including a triple strike, a slow strike, and a lunge. Thanks to the teleportation ability, which was unlocked after passing the cathedral, it will be quite easy to dodge. The Heir’s magical attacks are harder to dodge. This tricky boss can plunge his sword into the ground, causing circular waves of electricity to jump over. In order to jump over them in time, it may take several attempts. Lightning will also rain down, but the area of ​​effect is highlighted long before the strike itself. The Scion also fires fast magical projectiles that can be dodged or blocked with a shield. Players should be aware that blocking most of the Scion’s attacks will cause the fox to constantly drain its stamina.

In the second phase of the battle, the damage of the Scion’s attacks is increased and some new ones are added. The boss will now use attacks that take away health, which can be identified by a purple glow. Players can use explosives that deal significant damage compared to other attacks and also allow them to keep their distance. Sword attacks work well, but are more dangerous. If players need time to regenerate stamina or drink a health potion, they must use a magic staff to keep dealing damage.

After defeating the Heir with a fully assembled manual, the final scene will begin. The Hero will hand over the leadership to the defeated boss, and this will allow the Scion to return to his true form. After the end of the adventure in Tunic, a few more scenes will be shown, and then the credits will roll. The real ending takes a lot of effort and time, but it makes Tunic’s story more interesting.