Snoke is one of over 300 unlockable characters in LEGO Star Wars: The Skywalker Saga. Many characters will become available to play after appearing in certain episodes in the main story missions, but despite several appearances, Snoke is not unlocked in the Story Mode. Instead of unlocking Snoke during the story mission, players will have to solve a puzzle in the Sith Citadel on Exegol. Once Snoke is unlocked, this LEGO Star Wars: The Skywalker Saga character can be purchased for 200,000 pieces.

How to unlock Snoke and solve the puzzle

Before players can solve the puzzle and get Snoke, Exegol’s central area must be unlocked. To access Exegol outside of the main story, players must complete all of the missions in The Force Awakens, The Last Jedi, and The Rise of Skywalker. After completing the missions of the sequel trilogy, players will be able to travel to the Sith Citadel on Exegol from the Galaxy Map.

There are six characters that can be unlocked by completing side missions and solving puzzles in the Sith Citadel on Exegol. To unlock Snoke, players need to take the elevator down to the main area, then run past the statues and reach the spinning mechanism with the button in front of it. This mechanism is a clone maker, and in order to unlock Snoke in LEGO Star Wars: The Skywalker Saga, you will need to line up all of his parts in a row.

How to use Clone Maker on Exegol 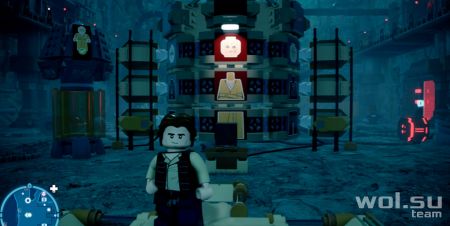 The button in front of the cloner can be used to stop each section of the spinning machine, starting with the head. The pieces will rotate faster after stopping each section on the correct picture. Stopping any section on one of the pieces of Darth Vader or the Emperor will reset the puzzle. The Snoke pieces always come after the Emperor pictures, so players can use other characters to figure out when to press the button.

The best way to complete this puzzle is to press the button as soon as the Emperor’s pieces have passed to lock the following Snoke’s pieces. Players can repeat this process for each of the three pieces of Snoke. Once all three pieces are lined up, a clone of Snoke will exit the car and the character will be unlocked in LEGO Star Wars: The Skywalker Saga. Snoke will then be purchasable for 200,000 parts in the Dark Side Character Class section.

To earn enough parts to purchase Snoke, players can unlock parts multipliers or complete story missions such as “Stay on Target”. Many space combat levels provide more detail than other story missions. Snoke is the only character from the Dark Side character class who does not use a lightsaber, but he is still Force-sensitive. Snoke is one of over 300 unlockable characters in LEGO Star Wars: The Skywalker Saga.