Sebulba is one of the playable characters that can be unlocked in LEGO Star Wars: The Skywalker Saga, although there is a lot of work to be done before this racer becomes available in the game. Sebulba is part of a chain of characters that can only be unlocked by completing the first one’s quests. Although the list of tasks for Sebulba is quite extensive, completing them will help players unlock other playable icons.

Sebulba belongs to the “Extra” class in LEGO Star Wars: The Skywalker Saga, which unfortunately limits the character’s abilities. Unlike other classes such as protocol droids, villains, heroes, etc., Extras don’t have special traits that can be used to progress through any part of a mission or side mission. Instead, “Extras” are simply meant to replenish the game squad, but this does not mean that they are useless. Additional characters such as Sebulba still have access to combat, building, and other skills common to all characters.

Before players can unlock Sebulba, one of the requirements is to progress through Episode VIII – The Last Jedi. In addition, players will need access to several locations, such as the Coruscant Federal District, the city of Theid on Naboo, the Great Temple on Yavin IV, and Castle Maz on Takodana. Players who have unlocked Fode and Bid in LEGO Star Wars have already completed most of these challenges, but will still need to complete The Last Jedi. In addition, in order to get to the Federal District on Coruscant, you need to progress in Episode I – The Phantom Menace.

How to get Sebulba 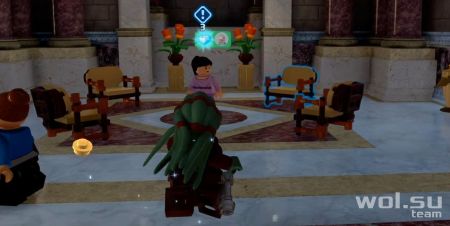 After completing the above prerequisites, in order to unlock Sebulba, the last two side quests must be completed. The first side mission is called “Blocked” and it starts on Teida. Head to the center of the map where the lock icon is and talk to the NPC who is locked in his apartment. After that, travel to the Uskra area on Coruscant and follow the beacon to the interior of the restaurant on the lower levels. Using one of the Protocol Droids from LEGO Star Wars: The Skywalker Saga, enter the terminal inside and get the code to the NPC’s house. Return to the apartment to complete the side quest and unlock the “Sacred Textbooks” mission.

The Sacred Textbooks mission can be started by talking to the Research Scientist in Theida, the same NPC that gave the quest to Fode and Beed. In this quest, players need to take three textbooks: one from the Jedi Archives on Coruscant, another from the apartment in Locked Out, and a third from Temple Island on Ahch-To. Once all three books have been found, return to the Apprentice on Naboo to complete the quest and unlock Sebulba, which can be purchased for 100,000 pieces in LEGO Star Wars.