The Free Play mode allows players to explore iconic locations from the Star Wars franchise by accumulating spikes, the game’s currency, and the many collectibles the game has to offer. These items can often be found behind obstacles that require the skills of certain classes to collect. In total, the game features ten classes, each of which has its own specialization.

Who is Qui-Gon Jinn

Qui-Gon Jinn is part of the Jedi class, which includes other notable characters such as Luke Skywalker and Obi-Wan Kenobi. As part of the Jedi class in Lego Star Wars: Skywalker Saga, Qui-Gon is very adept at using the Force, and as such he deals increased damage when throwing objects with his power and gains increased range and duration for his Jedi Distraction and Panic moves. . In addition, he has enhanced reflexes, making his combat moves more powerful and more capable of damaging nearby enemies.

How to get all versions of Qui-Gon Jinn in Lego Star Wars: Skywalker Saga 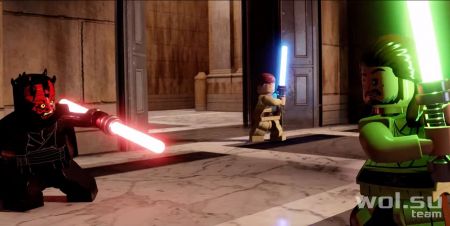 Like most characters in the game, Qui-Gon Jinn can be unlocked by beating the story mode. However, unlike many characters, Qui-Gon will be available to play very early on, as he is one of the main characters that players will control during the first episode of the Prequel Trilogy. However, in order for him to become available as a free play character in Lego Star Wars: Skywalker Saga, players will need to complete the following missions during Episode I – The Phantom Menace.

In Free Play mode, players can freely switch between unlocked characters by pressing the pause button and navigating to the second tab from the left. There, they can choose two characters that they can easily switch between in the game as they explore different locations in the game. In addition, players can select one character of each class, represented in the menu as circles of different colors, to be able to switch to these characters in Lego Star Wars: Skywalker Saga without having to pause the game.