In Vampire Survivors, Moongolow is a bonus stage that was added with the release of Update 0.6.1. The update also added a relic to the game, the Glass Vizard, which is inextricably linked to the aforementioned bonus stage. For those Vampire Survivors players who would like to access Moongolow and purchase Glass Vizard there, this guide contains full details of the process.

How to open the “Moongolow” stage

In order to unlock the Moongolow bonus stage in Vampire Survivors, fans must unlock Hyper Mode for the four normal stages. For now, players can focus on stages like Mad Forest, Inlaid Library, Dairy Plant, and Gallo Tower, while Hyper Mode can be obtained by defeating the bosses that spawn in these levels at the 25 minute mark. It should be noted that players who have already unlocked Hyper Mode on the four normal levels, but do not see Moongolow on the stage selection screen, should simply enter any level, exit the game, and then check again.

How to find and buy Glass Vizard

Once the Moongolow Bonus Stage is unlocked, players must enter the level making sure they have 10,000 gold coins on hand. Immediately after entering the stage, a merchant will appear above the character, touching which will open the inventory. Glass Vizard is one of the items in this inventory and players can buy it for 10,000 coins. 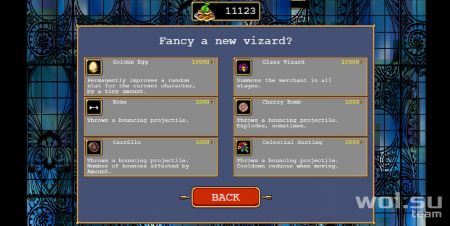 After acquiring the Glass Vizard, fans will find that the merchant appears at all stages of the game. More precisely, it is always very close to the starting point, and players can use pause menu cards to pinpoint its location. Notably, the game will not have an on-screen guide pointing fans to the merchant, although its proximity to the spawn location makes finding the character fairly easy.

As for what players can buy from the merchant, he always has Cherry Bomb, Celestial Dusting, Bone, and Carrello in stock for 1,000 gold each. In addition, the merchant sells Golden Eggs, which “permanently improve the current character’s random score by a small amount” for the price of 10,000 gold coins. While purchasing these items is optional, those who have already purchased all of the power-ups in Vampire Survivors may be happy to be able to offload their extra coins.