Who is Jango Fett and how to open it

Jango Fett belongs to the bounty hunter class and has several unique skills in LEGO Star Wars: The Skywalker Saga. Headhunters are the only characters that can destroy golden blocks and are also capable of grabbing or pulling down objects. Instead of continuous fire, bounty hunters fire bursts of three shots. Upgrades can be unlocked for these characters that give them the ability to throw Shock Grenades, detect enemies through walls, collect wands from downed enemies, and fire bursts.

Along with general bounty hunter skills, Jango Fett is also one of the only characters to have a jetpack. The jetpack will only allow players to hover for a short amount of time, but it’s useful for bridging small gaps that can’t be bridged by a double jump. To unlock Jango Fett as a playable character, he must be defeated in a boss fight during the “Panic at Petranaki” story mission. This is the fourth level in Attack of the Clones. 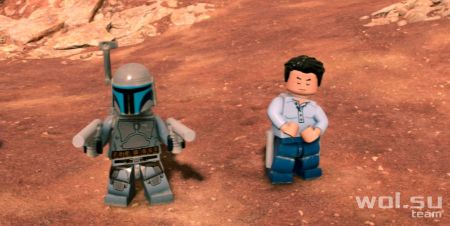 Before you can defeat Jango Fett in the LEGO Star Wars: The Skywalker Saga Panic at Petranaki, there are a few tasks you need to complete. First, Padme will need to climb the towers and break the chains holding Anakin and Obi-Wan Kenobi. Also, players can switch to other characters and dodge attacks to break the chains. Next, you need to defeat Rick, Akley and Nexa. There are several items in the arena that can be thrown using the Force, and creatures can be attacked with melee attacks.

When fighting creatures, players can also use mind tricks to force them to fight each other. After defeating Rick, Akley, and Nexu, Mace Windu and the other Jedi will appear. Several droids can be defeated to draw out Jango Fett, after which a boss fight will begin. Jango Fett uses his jetpack to fly around the arena frequently, so players will need to chase him down and deal as much damage as possible using attack combos. It will also fire rockets, but they are easy to avoid if players are not standing still.