How to unlock Gaines Boros character 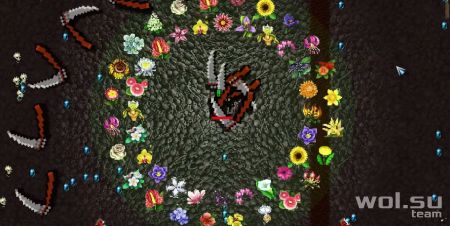 The first step to unlocking this character is to play the Bone Zone. It doesn’t matter which character the player chooses; however, a character with a higher movement speed will speed up the process of unlocking Gaines Boros. Players may also want to choose a character with a starting weapon that covers a large area. The Red Death is the perfect choice. The player must select the “Bone Zone” stage, regardless of whether Hyper Mode is selected.

After spawning, head north. If the merchant is unlocked, getting the Holy Water weapon will help because it spawns projectiles from the top of the screen. The Mana Song and Knife are also great weapons that can be obtained by unlocking Boros’ Buff. When the player reaches the Silver Ring passive item, they are halfway to the target, a ring of flowers that constantly shrinks and expands. It’s hard not to notice him.

Players can also do themselves a favor and not get close enough to the Silver Ring for its guardian to spawn. The player must hold their character in the ring of flowers for ten seconds, after which a signal will sound. The player can now exit the scene, return to the character select screen, and purchase Gaines Boros for 666 gold (price varies depending on other characters). 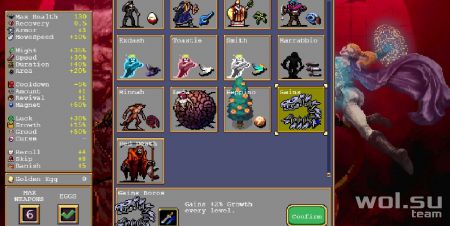 The only passive bonus that Gaines Boros gets is +2% growth (experience) at each level. There is no upper limit to this bonus, so at level 100 Boros’ Empowerment doubles all experience gained. This is actually one of the best passive bonuses in Vampire Survivors.

The passive item Attractorb complements this passive bonus by making it easier to collect experience gems dropped by downed enemies. This secret character has a secret passive bonus. All Treasure Chests have the ability to evolve Gaines Boros’ weapons, and thanks to his XP bonus, the player can evolve weapons very early.

How to play Gaines Boros 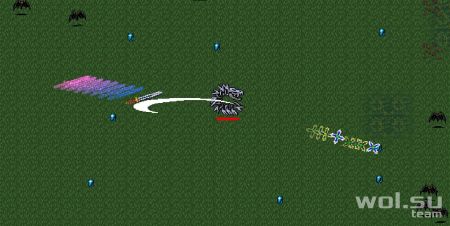 When using Gaines Boros, be aware that Vento Sacro and Fuvalafuvaloo’s weapons fire in the opposite direction. This greatly reduces the usefulness of these weapons, and the Vento Sacro is not a very good weapon anyway.

Obviously, the player will want to get the passive item “Crown” for an additional increase in growth. Since the player is about to get the Crown, this makes acquiring the Pentagram weapon a smart choice, as the Magnificent Moon is one of the best weapons in Vampire Survivors.